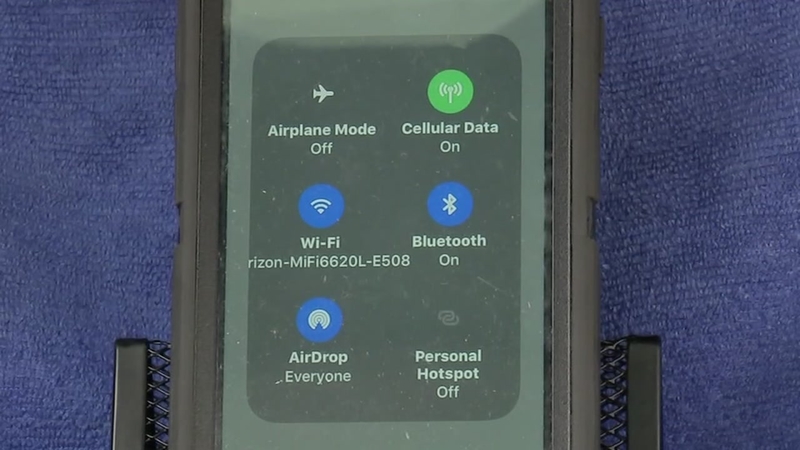 SANTA FE, Texas (KTRK) -- Some parents were angry and shocked after finding out nude photos were allegedly distributed to different iPhones at the Santa Fe High School.

"I feel angry they are not informing parents," said Felicia Koteras, an upset parent.

"I've mentioned it to the school and they have not done anything," said Jennifer Mole, another upset parent.

"A student air dropped a bunch of nude pics of girls during lunch," said one student.

According to some students, anyone who had the 'air drop' feature on their iPhone turned on saw the first image.

"I was playing a game in my classroom and they just appeared on my phone," said another student. "It was a naked girl."

The student said the girl's breasts were exposed and quickly declined the photos.

"They can't find out who it is," said Mole, who believes this had been going on a while.

Meantime, after Eyewitness News started asking questions, a notice was sent out to parents saying in part that there is an on-going investigation and asking for parent and staff to assist. They want anyone with information to contact Santa Fe ISD police. 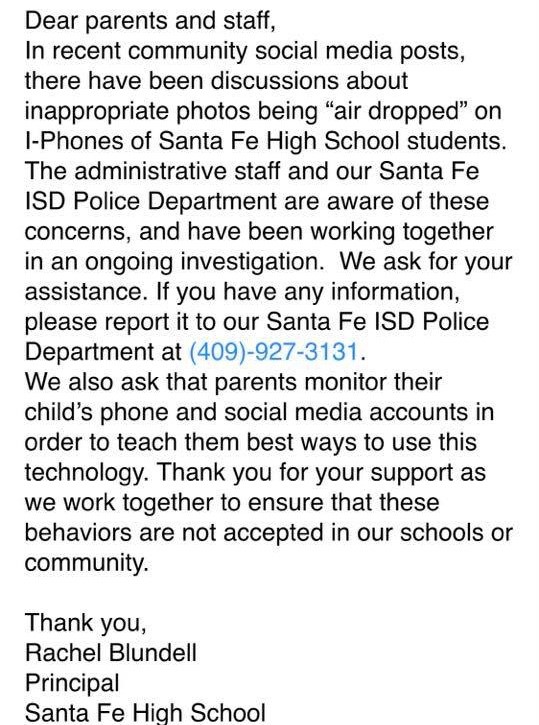