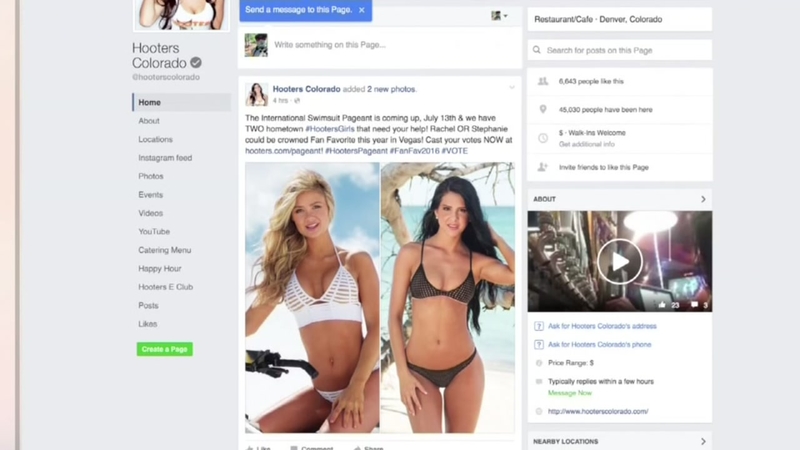 DENVER, CO -- Parents were outraged after finding out that Hooters girls had not only posed for photos with a Colorado Cub Scout camp ground, but had sponsored the event in the first place.

Michaelle Kettleborough told KMGH that she did a double take when she picked up her son and a friend at the frontier district day camp.

When she got home, she saw her son on the Hooters Facebook page.

But pictures on the Denver area council Facebook page show the boys having fun, shooting arrows and making crafts!

One woman wrote below the photos: "where are the hooters girls? ...shame on you."

Apparently the Boy Scouts of America doesn't see a problem with the sponsorship just the girls' outfits.

In a statement, the organization said, "A restaurant extended support to help make a local cub scout day camp possible and provided volunteers for the camp. The group of trained volunteers mistakenly wore the wrong attire."

"We love the scouts, we think they made a very poor choice and what I would like and what I think would go a long way again is some accountability."

Kettleborough now questions her decision to send her son to camp and his future in the scouts.

"Quite honestly we're questioning whether we're going to keep him in the organization at all next year," says Kettleborough.

Hooters made a financial contribution to the scouts.