Deputy stops wife for carpool violation and gets a major surprise 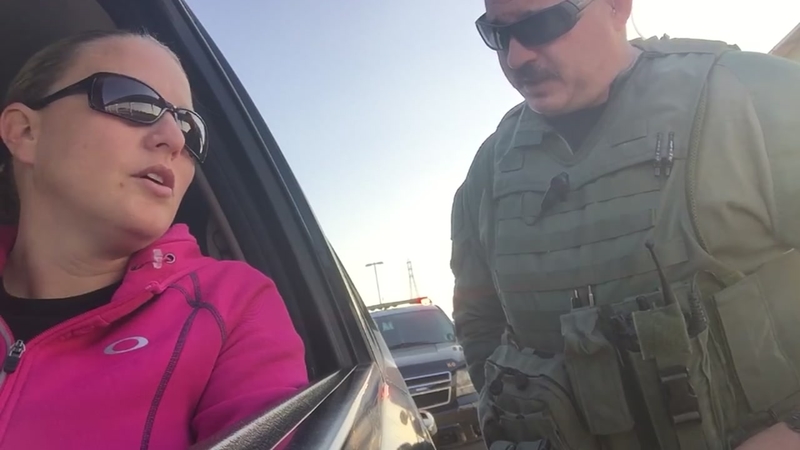 ANAHEIM, CA (KTRK) -- An Orange County Sheriff's deputy got a big surprise after pulling over his wife for a traffic violation.

Deputy Mike Wigginton noticed someone who did not have a passenger with them driving in the lane designated for multiple passengers. Deputy Wigginton pulled the driver over and discovered the driver was his wife.

As he approached the vehicle, his wife said she was trying to get to work.

"Mike, what are you doing?" said Mrs Wiggins.

The deputy then said he pulled her over for violating California Vehicle Code 21-655 - riding alone in a carpool lane. She was not in violation and her husband said, "We will argue about this later."