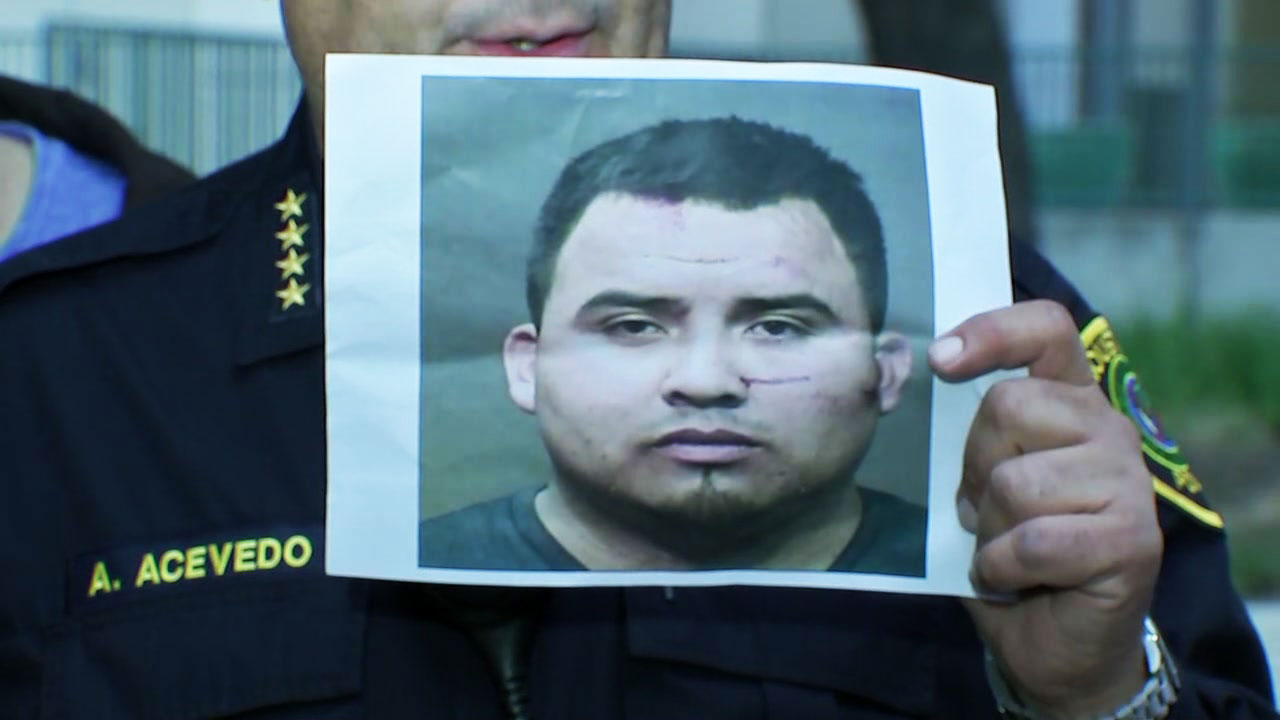 HPD said the officers were responding to a call when a vehicle overturned in front of their cruiser, nearly causing a head-on collision.

The officers' patrol vehicle flipped multiple times before it erupted in flames.

Surveillance video from across the street of the incident captured moments the patrol car crashed.
EMBED More News Videos

Chief Avecedo said the passenger officer, Alonzo Reid, was able to exit the vehicle to search for help. When Officer Reid found a passerby, they were able to get back to the scene where the vehicle had crashed. Reid and the witness were able to rescue the driver, Officer John Daily.

Acevedo says Officer Daily sustained serious burns to 50 percent of his body. Both officers are expected to make a full recovery.

The suspect in the crash did not have a prior record, police said.