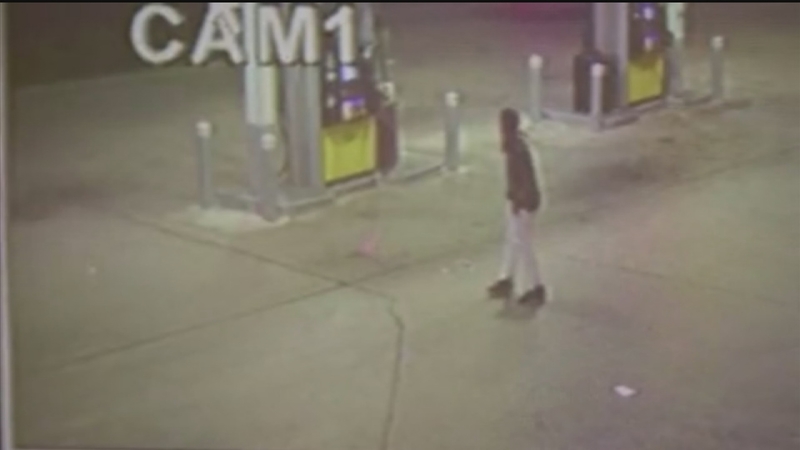 Houston police officers said they witnessed an armed robbery in progress at a convenience store on S. Post Oak near the Beltway. HPD spokesperson Victor Senties explained the officers heard several gun shots and noticed masked men jumping into a vehicle described as a silver Volvo.

Senties said the investigation revealed the armed individuals tried robbing a woman at a gas pump. Authorities said she was unharmed.

"They attempt to rob her. There are some shots fired. Officers hear shots fired. They then go to the area," said Senties. "They see the silver Volvo fleeing the scene. They pursue the vehicle until they end up here at 1290 Tiny Tree Drive."

"It was 2 man unit. 1 of the officers pursued the suspects on foot. At that point, the other officer who is near his patrol vehicle happens to see a suspect turn and he (the suspect) has a weapon in his hand, pointing at his (the officer's) partner," said Senties. "Obviously, fearing for his partner's life the officer discharged his duty weapon."

The bullets killed one of the fleeing men and injured another, according to authorities. The other wanted man ran off into the night. Senties told Eyewitness News the gunfire did not end there.

"At that point, the officer who discharged his weapon turned his attention back to the vehicle. He see a female driver. She's making suspicious movements and reaching down as if she's about to pull a weapon," insisted Senties. "He gives her verbal commands. She's still reaching down. He again fires his duty weapon, fearing for his life."

Investigators said she was injured. However, it was unclear if she suffered a gunshot wound or was injured by broken glass on the driver's side of the vehicle. Both she and the man shot were taken to Memorial Hermann Hospital. Officers said both were alert, conscious, and talking when paramedics took them from the Tiny Tree Drive.

HPD said Officer M. Rivera, a 6 year veteran of the force, fired his weapon. Officer Rivera is now on 3 day administrative leave which is standard protocol. He must see psychological services before he can be cleared and return to duty.

Authorities said they recovered a pistol from the man killed during the foot chase.

Keep checking back on this page to get real-time updates as this story unfolds. To get alerts for breaking news, download the ABC-13 news app for iPhone or Android. You can also get breaking news alerts sent to you by email.
Related topics:
missouri cityhouston police departmentofficer involved shootingshooting
Copyright © 2022 KTRK-TV. All Rights Reserved.
TOP STORIES
Harris Co. judge accused of unlawfully arresting former TV journalist
Big rig lands nose-first into construction hole in west Houston
Burn ban in effect for unincorporated parts of Harris County
HPD responds to reports of threat at Ben Taub hospital, police say
Gulf disturbance up to a 40% chance of development
81-year-old missing for nearly week in need of medication, family says
50 migrants die after 18-wheeler abandoned in Texas heat
Show More
A glance at migrant smuggling deaths globally since 2000
Abortions before 6 weeks allowed to resume in Texas after court order
The Alley Theatre to be renamed after receiving anonymous $25M grant
Major crash blocks all lanes of SH 35, south of FM 518 in Pearland
Advocates believe migrants dead in 18-wheeler were headed to Houston
More TOP STORIES News