Teacher suspended for allegedly asking students whether they believed in God 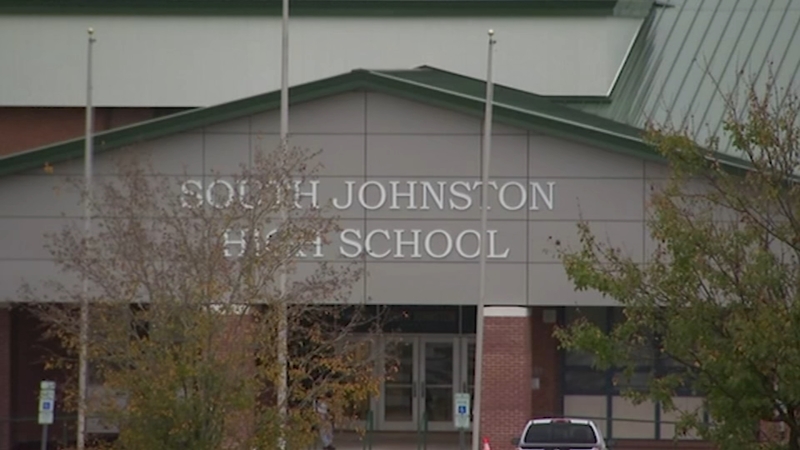 JOHNSTON COUNTY, North Carolina -- A teacher in North Carolina is under investigation after she allegedly segregated students in her classroom based on their religious beliefs.

The district tells ABC11 that Julia Lopp, a Spanish teacher at South Johnston High School, is suspended with pay.

"It's pretty crazy," said Ethan Johnson. "I wouldn't expect nothing like that. It's just weird. I don't even know if teachers are allowed to talk about religion at school because no one at South does."

Johnson was not in the class but has friends that were.

After segregating the students based on their religious beliefs, Lopp then allegedly asked if they supported or opposed abortion rights. According to Joco Report, she then asked students their views on LGBT rights.

At one point, Lopp allegedly told everyone in her class that if they said anything about what she did, she would "not recommend them for a job or even entrance to college."

"I don't mind prayer in school and things like that because you pray to your own religion," said Natasha Chancey, mother of a middle schooler in Johnston County. "But for instance, to be asking about God, because there are so many different religions and everyone has their own beliefs, that might be saying one is better than the other."

Lopp is suspended with pay during the investigation. She was hired as a substitute teacher with Johnston County Schools on August 12 and was later hired as a Spanish teacher at South Johnston High on August 26.

Attempts to reach out to her were unsuccessful.

"This is an unfortunate incident and one I wish had not happened. It is never appropriate for a teacher to segregate students based on religious, political or personal beliefs. In fact, it is not appropriate for a teacher to even ask a student what their beliefs are. Our school system takes very seriously the rights of students in these areas and students should never be instructed to not share classroom activities with their parents. The current incident is under investigation by our Human Resources Department and the teacher is currently suspended with pay while the investigation takes place. When the investigation is completed I will review the findings and determine what final decisions need to be made."
Report a correction or typo
Related topics:
educationnorth carolinaeducationreligionteacheru.s. & worldteachers
Copyright © 2022 WTVD-TV. All Rights Reserved.
TOP STORIES
Boyfriend accused of shooting 15-year-old girl 22 times posts bond
Warm Wednesday afternoon before a strong cold front moves in
French actor Gaspard Ulliel dies after ski accident
Biden to hold press conference today to mark first year in office
Teen dies after being shot while walking along Sims Bayou
USPS free COVID tests begin, but doubts persist
Airlines worldwide rush to change flights over US 5G problems
Show More
State sends Cy-Fair firefighters to help battle Bastrop wildfire
Houston Sports Awards postponed 'out of abundance of caution'
Take an intimate look inside Notre Dame's restoration
Cracker Barrel to pay $9.4M after man was served glass with chemical
HPD chase with white van ends with arrest near Hwy 288
More TOP STORIES News