Woman who lost her legs sues over surgical stapler 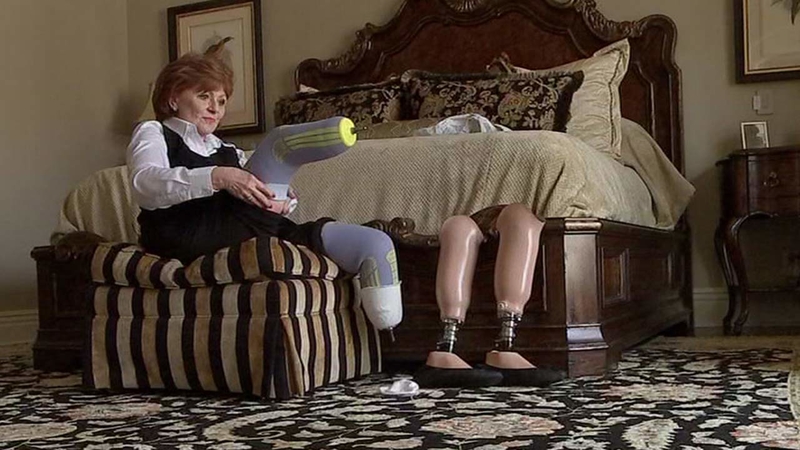 "When people tell you how your life can change in an instant....my entire life changed," said Karen Rittinger, who lost her legs in 2014. "Every way I knew, every way I did something."

According to this lawsuit, they were amputated after emergency surgery at Memorial Hermann's Memorial City's campus.

"Where would you want to be but in Houston to have medical care? So I felt comfortable going in," Rittinger said.

Rittinger said she was experiencing acid reflux, nausea, and vomiting. So, according to this lawsuit -- she had bariatric surgery to alleviate her symptoms. But soon after Rittinger was released from the hospital, she says she was back at the hospital, in the ER.

"I suddenly had this horrific pain and just buckled over," she said.

According to the lawsuit, Rittinger had to have emergency surgery and then, after being induced into a coma, she says she got gangrene. Her legs had to be amputated.

Rittinger alleges in her lawsuit that a surgical stapler used in her surgery caused her to suffer a break in her gastrointestinal system.

She is now suing, alleging the stapler was defectively designed and included no warnings or training materials for surgeons.

"I mean, you put your faith in those people's hands," Rittinger said. "I don't really know any more I could've done."

ABC13 reached out to all of the defendants named in the lawsuit.

Spokespeople for Memorial Hermann and UT Health say they can't comment because of the pending lawsuit. The Davis Clinic is owned by UT Physicians, who declined to respond. Bailey Surgical Assistants are named in the suit, although UT Health says they are no longer with them. Bailey Surgical Assistants and Metrowest Anesthesia also declined to comment. Medtronic and Covidien provided the following response: "Our focus every day is to provide our customers with the highest quality products that help improve patient outcomes. We do not discuss pending legal matters."