Woman claiming to be Goforth's mistress speaks exclusively to abc13

KTRK
HOUSTON (KTRK) -- Eyewitness News spoke exclusively with the woman who claims to be the mistress of slain Harris County Deputy Darren Goforth.

We first heard about the alleged mistress on August 28, the night authorities say Goforth was gunned down by Shannon Miles at a gas station in northwest Harris County.

A witness at the scene that night told abc13 she saw a woman draped over the slain deputy's body after he was shot, claiming he was her best friend. Eyewitness News also obtained a photo of her at the scene, and we were later able to confirm she's the woman at the center of the case.

No one has heard from that mystery woman, until now. She told Eyewitness News' Ted Oberg that she wants everyone to know there is no one else, no more surprises.

"You have no idea what I've been through," she told Ted Oberg.

She is still quite emotional, but has strong feelings about how she is being portrayed. She is clearly still grieving, describing herself as sad and depressed.

Investigators say that same woman also was romantically involved with two other now-former Harris County Sheriff's Office employees and possibly a third. One, Sgt. Craig Clopton, was fired in October and the other, Deputy Marc DeLeon, was terminated this week. The Harris County Sheriff's Office Internal Affairs department is now investigating a third employee's relationship with her.

While she acknowledges a relationship with Deputy Darren Goforth, Investigator Sgt. Craig Clopton and Deputy Marc DeLeon, the woman tells Eyewitness News there was no relationship with the most recent deputy under investigation. She told us she reported that third deputy for inappropriate conduct.

She tells abc13 she met the most recent deputy under investigation when he responded to a call for help at her home. Weeks after that situation, she says he tried to force a relationship with inappropriate calls and emails to her personally.

That investigation is ongoing. In the meantime she wants an apology from Sheriff Ron Hickman himself for insinuating there may've been a sexual relationship with another deputy. She says he would know that since she spoke to him directly.

"I went to the highest power," she said.

She told us she was offended that even one member of the public would think she called the Sheriff for anything other than to alert him of inappropriate behavior by his deputies.

Both Clopton and DeLeon have connections to the Goforth's murder investigation, though it's still unclear to what capacity. Harris County Sheriff's Ron Hickman says the department still doesn't know how much involvement the third deputy might have.

She claims she's cooperated with all the investigations, answering hour after hour of questions. At times, she seemed to suggest the sheriff's staffers who she was involved with sought her out -- not the other way around.

What may be most disturbing is her description of deputies who meet women on the job.

Every time we tried to discuss the case more broadly, she refused, saying she is not ready for an interview.

In our conversation she emotionally refused to discuss the case more broadly, especially Deputy Darren Goforth. 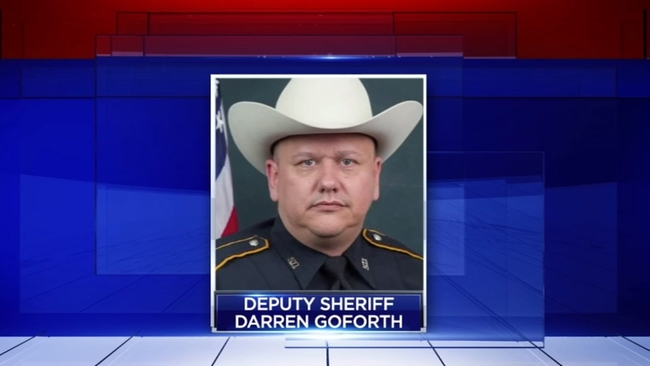 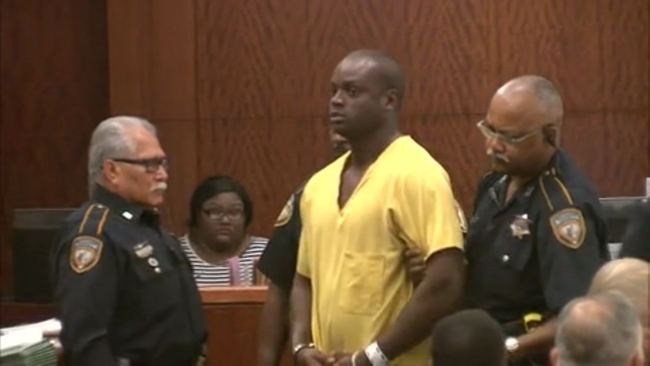