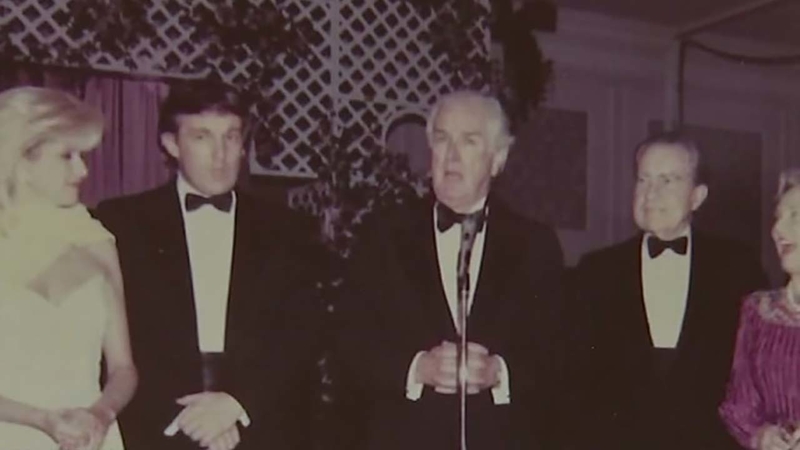 HOUSTON, Texas -- It was March 13, 1989. Houston had endured years of economic misfortune after the oil bust. But on this night, everything was looking up, like the old days. Houston's political and business royalty mingled with former President Richard Nixon, future President Donald Trump and his wife Ivana, and ABC's Barbara Walters.

The official reason for the party was a fundraiser for juvenile diabetes and birthday celebrations for John and Nellie Connally. The party was held at Houston's famed Tony's Restaurant. In his 50 years of business, owner Tony Vallone said the night was a magical one.

"That night topped everything," Vallone said.


Then-ABC13 anchor Shara Fryer reported, "It was a celebration of making comebacks, an attitude that carried over to a private party later. Special guests like ABC's Barbara Walters, and New York billionaires Donald and Ivana Trump had the ballroom of 1,000 people humming with a new sense of excitement. It was like the old days."

Donald Trump was complimentary of Houston, saying, "It's a great place," and the late former President Nixon predicted about Texas, "They're gonna come back."

Vallone said Trump was the center of attention.

"He was the most popular person there. The book had been out not very long. People wanted to talk to him about his book. One guy had it in his car and he got it and signed it for him," said Vallone.