KTRK
BELLAIRE, TX (KTRK) -- Dante Moore is accused of leading police on a high-speed chase that ended in one officer's death.

He did not appear in probable cause court Thursday afternoon as scheduled because of an undisclosed medical condition, but prosecutors detailed a portion of the case against him anyway.

The 27-year-old surrendered Wednesday to Bellarie police, following the pursuit which began outside a Meyerland Target. Moore is accused of causing the death of Bellaire police officer Anthony Marco Zarate. Prosecutors say Moore confessed to leading Zarate on a chase through residential streets at nearly 80 miles per hour after being stopped for an alleged shoplifting.

During the pursuit, Zarate lost control of his police motorcycle and struck a parked trailer. 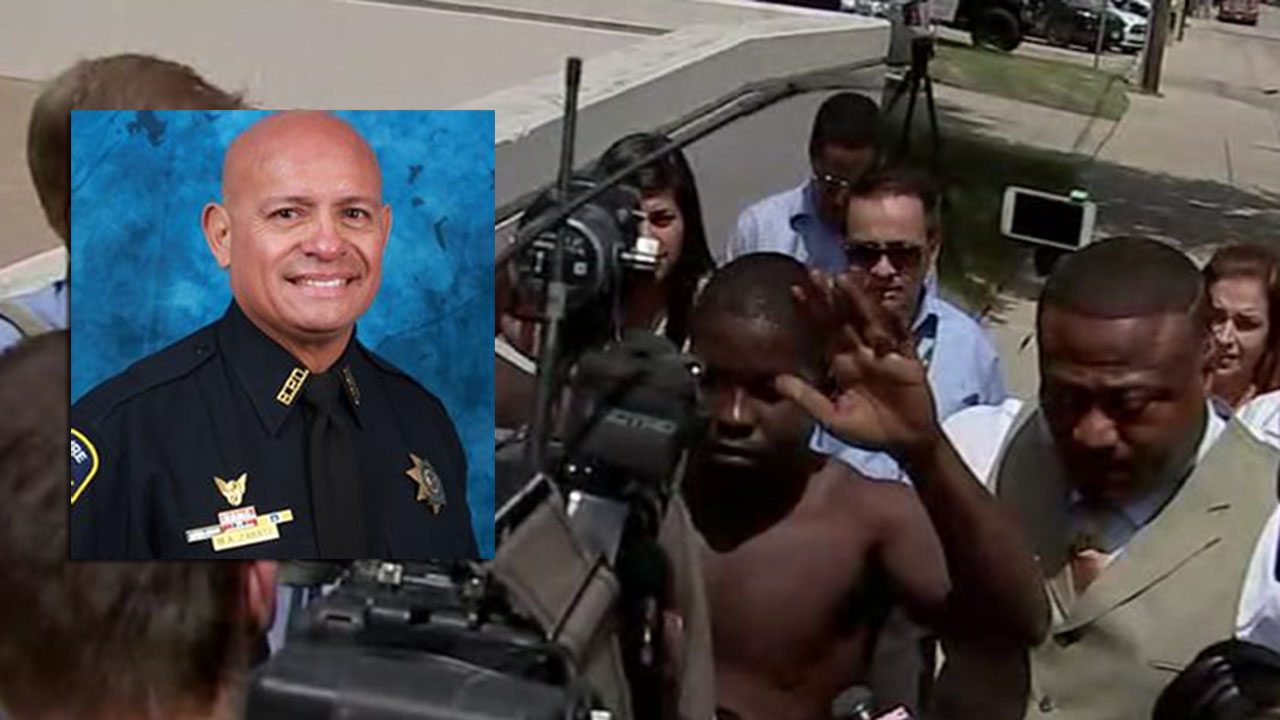 Person of interest surrenders
The man who police were looking for in connection with the death of a Bellaire police officer was charged with murder on Wednesday.

Moore is charged felony murder. Experts say that charge is often used when someone is killed during the course of another felony.

"He committed an act clearly dangerous to human life which would be fleeing in the streets of Bellaire, knowing that there was a cop chasing him," said KTRK legal analyst Joel Androphy.

It's not Moore's first brush with the law. He has four convictions dating back to 2007 for evading police, drug possession and burglary.

Officer Zarate's family has asked for privacy at this time. They have not yet commented on this case.

Moore is in custody and being held without bond.

Open visitation for Zarate will be held July 17, at Memorial Oaks, 13011 Katy Freeway from 12pm to 8pm. Funeral arrangements are set for July 18 at the Co-Cathedral of the Sacred Heart at 2pm.