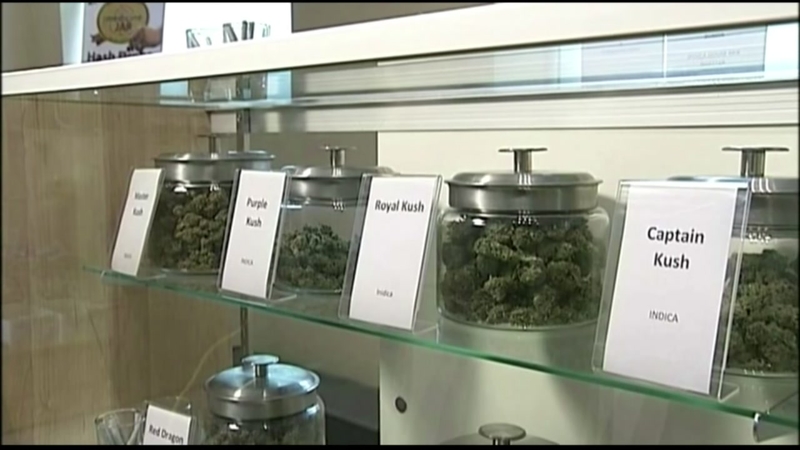 Some of the more than 250 dispensaries that already offer medical marijuana in Oregon opened their doors soon after midnight - just moments after it became legal to sell to anyone who is at least 21.

At Portland's Shango Premium Cannabis, co-founder Shane McKee said the first sale to an excited customer came about a minute after midnight, with many others waiting. 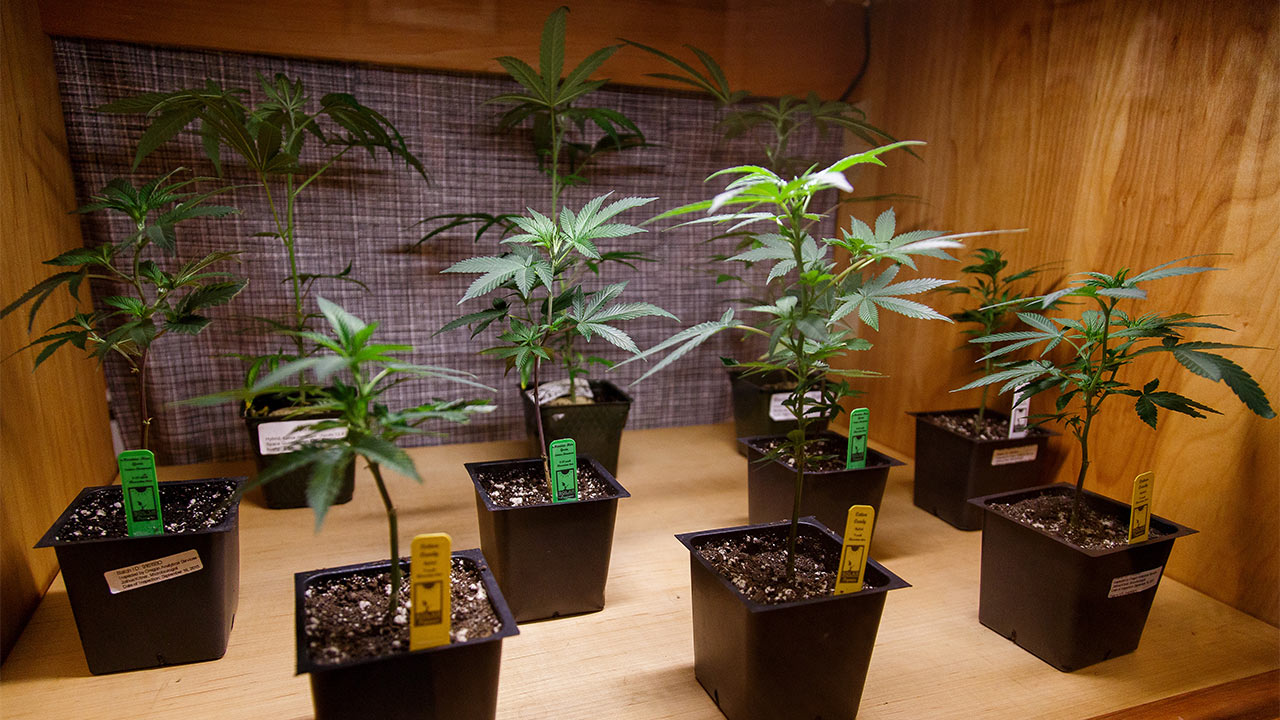 "It looks like there is about 60-70 in line out front," he said in a telephone interview shortly after midnight. "They all seem extremely eager."

That first buyer, Davia Fleming of Portland, said the sales launch was important.

"I was really excited about that," said Fleming, who uses the drug for medicinal purposes. "It's the end of a prohibition."

She described the atmosphere inside the store as "beautiful. ... very friendly; everyone is upbeat."

Store owners say they're hopeful they can avoid the shortages and price spikes that followed the start of legal sales last year in Washington and Colorado, the only other states where the drug can now be sold for recreational use. Alaska could begin retail sales next year.

Many stores in Oregon were trying to lure customers with extended hours, food giveaways and discounted marijuana.

McKee said his store offered its first 25 customer a 35-40 percent discount. The store was also handing out soda, coffee, juice and other refreshments.

But he also pointed to what he considered the significance of the moment.

"I think it's not only historical for folks in Oregon but nationwide - anytime people start selling that as an alternative to alcohol or tobacco."

Shoppers have one more incentive to buy early and often: Under Oregon law, pot purchases will be tax-free until January - a savings of up to 20 percent.

One store was offering a goody bag with T-shirts, but no free marijuana. Another will have a live band and 10 percent discounts. The marijuana review site Leafly will set up with food trucks at a handful of stores, giving away free meals to anyone who promotes the service on social media.

Several stores have erected billboards in Portland. A shop in Merlin is advertising on the radio.

"I'm just trying to basically stock up for maybe four or five times what the normal volume would be," said Chris Byers, owner of River City Dispensary in the southern Oregon town of Merlin.

Customers can buy as much as seven grams at a time of dried marijuana flower and leaf - the part that's generally smoked - plus plants and seeds. For the next year or so, marijuana infused candy, cookies, oils and lotions will be available only to people with medical marijuana cards as the state works on retail regulations involving those products.

Oregon has a robust supply system for marijuana that has supported medical marijuana users and the black market. Companies have invested in massive warehouses in Portland to grow the drug indoors, and southern Oregon has some of the nation's best conditions for outdoor cultivation of marijuana.

Growers don't face strict regulations yet, so the supply can more easily flow into retail stores than it did in Washington and Colorado.

Still, there's concern. Summer has historically been a time of marijuana shortages in Oregon, and most of the outdoor crop isn't ready to harvest. Indoor growers have had minimal time to ramp up production, since lawmakers only approved the Oct. 1 start date three months ago.

"We have kind of a seasonal growing market here in Oregon," said Jeremy Pratt, owner of Nectar Cannabis, which has four stores in Portland. "We have lots of product in the fall, and then it kind of gets tight this time of year anyway."

Green Oasis, which has two locations in Portland and more on the way, has prepared by trying to cultivate strong relationships with growers. On Thursday evening, it will entice customers with a band playing outdoors. People who spend at least $40 on Thursday will get a 10 percent discount, co-owner Matthew Schwimmer said.

"We don't know of anyone else doing a band, and we thought it was a good idea to give back to the community," Schwimmer said.

Oregon was the first state to decriminalize the possession of small amounts of marijuana. The move, in 1973, made pot possession akin to a traffic violation, but it still garnered big fines and a mark on one's record. Later, Oregon was among the first states to allow people with medical conditions to use the drug with a doctor's recommendation.

In 2012, voters in Washington and Colorado voted to allow legal sales of the drug to all adults, and they opened stores a year later. In 2014, Oregon and Alaska legalized the drug. Alaska is likely to start selling the drug next year.

While state officials work on developing complex rules to govern marijuana growers, testers and sellers, they didn't wait before allowing sales to begin.

As a result, Oregon starts selling the drug with far more stores and far more product than Colorado and Washington. The state is allowing existing medical marijuana dispensaries - which, until now, could only sell to people with a state-issued card - to serve all adults.

The more than 250 stores dwarfs 24 that were open on Day 1 in Colorado, and the four that were open in Washington. Both states have since opened many more stores.

Oregon isn't requiring growers to be licensed and isn't testing the drug for pesticides. That will make it much easier to quickly get pot to buyers.

Due to a quirk in state law, taxes of up to 20 percent don't kick in until January.

Adults 21 and older can possess up to eight ounces of marijuana in their home and up to one ounce away from home. Other limits apply to marijuana in edible and drinkable forms, as well as mature and immature plants.

Until the full-scale regulations are ready in about a year, only limited products are available for sale to people without a medical marijuana card. They include up to seven grams at a time of dried flower and leaf; four immature plants and an unlimited number of seeds.

Candy, cookies, oil, lotions and other processed products are off limits for now.

Consumption in public is illegal.

After their success in four states, marijuana advocates are setting their sights on six more in the 2015 and 2016 elections. They are: California, Massachusetts, Arizona, Ohio, Nevada and Maine.

California, in particular, would be a big prize for the marijuana movement, which has tried and failed to persuade voters in the nation's largest state to legalize the drug.

The advocates learned from their experiences in the first four states about how to craft a popular initiative and how to appeal to voters. But they still face strong opposition from critics who worry about the health effects and that children will get access.
Related topics:
marijuanau.s. & world
Copyright © 2021 by The Associated Press. All Rights Reserved.
RELATED
PHOTOS: Legal marijuana sales begin in Oregon
TOP STORIES
No incentive or clear savings: ERCOT can't define voluntary compliance
HPD Chief Hosts Police Summit during rash of violent crime
Judge denies motion to toss confession in Cecily Aguilar trial
Texas providing initial $250M 'down payment' for border wall
Texans can carry handguns without a license or training starting Sept. 1
Dry air wrapping around low in Gulf brings heat for Thursday
Houston mom found days after going missing during hike in California
Show More
Residents fear mail issues will get worse if USPS doesn't act now
Woman who stabbed Craigslist seller 60 times sentenced to 40 years
Man accused of sexually assaulting 2 teens at Galleria
Arrest made 2 months after dad killed in front of daughter
Tropical depression likely to form in Gulf Thursday night or Friday
More TOP STORIES News