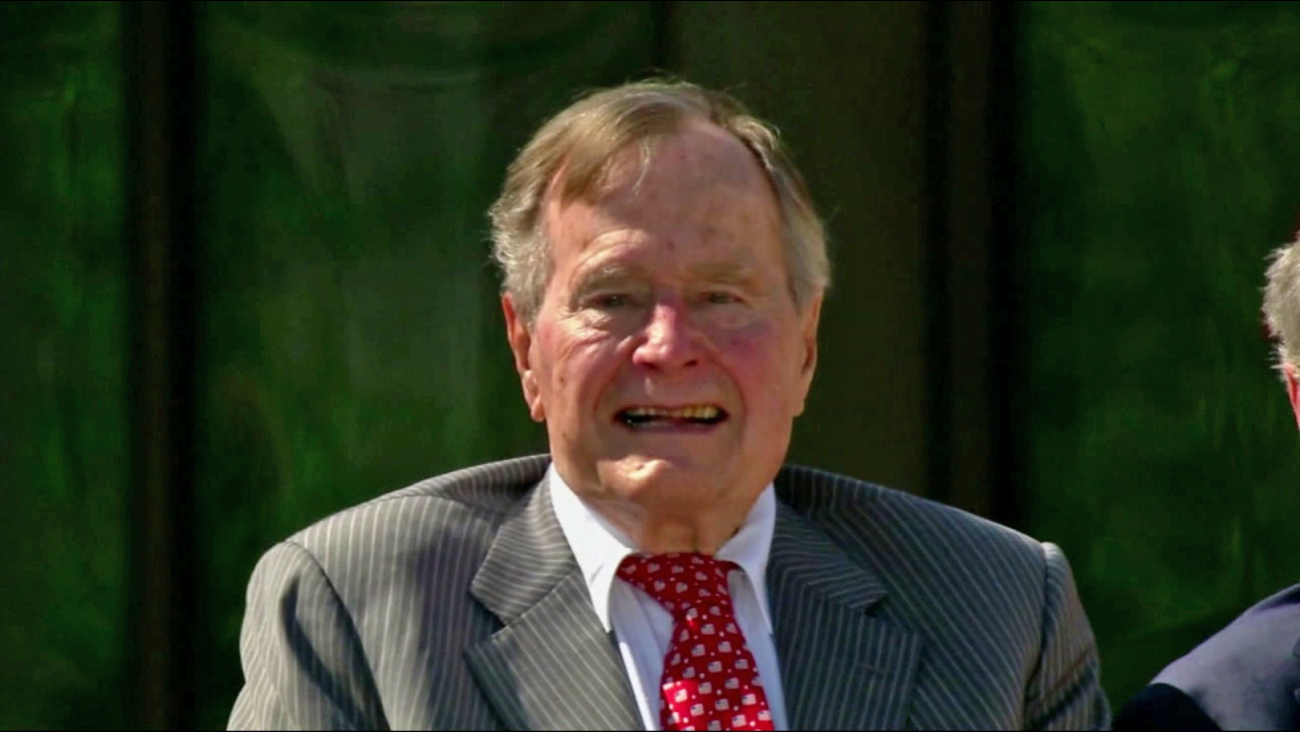 In interviews with biographer Jon Meacham, Bush, now 91, said that Cheney acted too independently and asserted too much "hard-line" influence within George W. Bush's administration, especially after the Sept. 11 attacks. He had even harsher words for Rumsfeld, saying he "served the president badly."

The book, "Destiny and Power: The American Odyssey of George Herbert Walker Bush," also contains the elder Bush's ruminations about his son, whom he praised but also called responsible for empowering Cheney and Rumsfeld.

Of Cheney, who was a member of the elder Bush's cabinet, Bush said, "He just became very hard-line and very different from the Dick Cheney I knew and worked with."

Bush said he thinks the Sept. 11 attacks changed the vice president, making him more hawkish about the use of U.S. military force abroad.

"His seeming knuckling under to the real hard-charging guys who want to fight about everything, use force to get our way in the Middle East," Bush said.

"I think he served the president badly. I don't like what he did, and I think it hurt the president having his iron-ass view of everything," Bush said.

The elder Bush did not suggest in the book that he disagreed with his son about the invasion of Iraq.

Iraqi dictator Saddam Hussein "is gone, and with him went a lot of brutality and nastiness and awfulness," Bush said.

He said he worried that the younger Bush used rhetoric that was at times too strong, citing as an example the 43rd president's 2002 State of the Union address, during which he described an "axis of evil."

"You go back to the 'axis of evil' and these things and I think that might be historically proved to be not benefiting anything," he said.
Related topics:
washingtonu.s. & worldpoliticsgeorge h.w. bush
Copyright © 2021 by The Associated Press. All Rights Reserved.
More Videos
From CNN Newsource affiliates
TOP STORIES