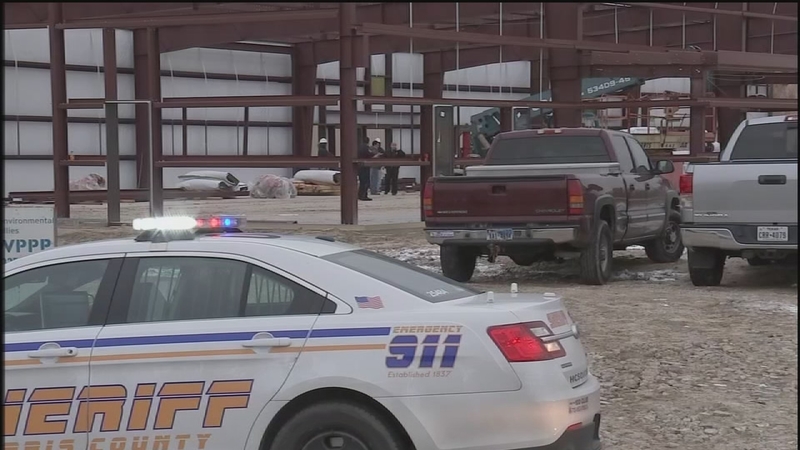 Construction worker shot on the job

HOUSTON (KTRK) -- Several construction workers were just doing their job this morning, building a ministry center, when they were robbed.

Harris County Sheriff's officers say two men, both dressed completely in black, approached the workers around 8am. They were on Atascocita Road building the planned St. Andrew Ministry Center in northeast Houston when it happened.

During the encounter, one worker was shot in the arm. The supervisor says the man who was shot at was taken to Houston Memorial Northwest Hospital.

Those two suspects stole two cell phones and cash from the workers, but nothing was taken from the construction site itself.

Police say they are looking for two males, 18 to 20 years old, dressed in dark clothing last seen running from the site.

The site supervisor says the workers are taking a break after the terrifying experience.

"They're freaked out," said site supervisor Doug Henley. "They're worried about it."