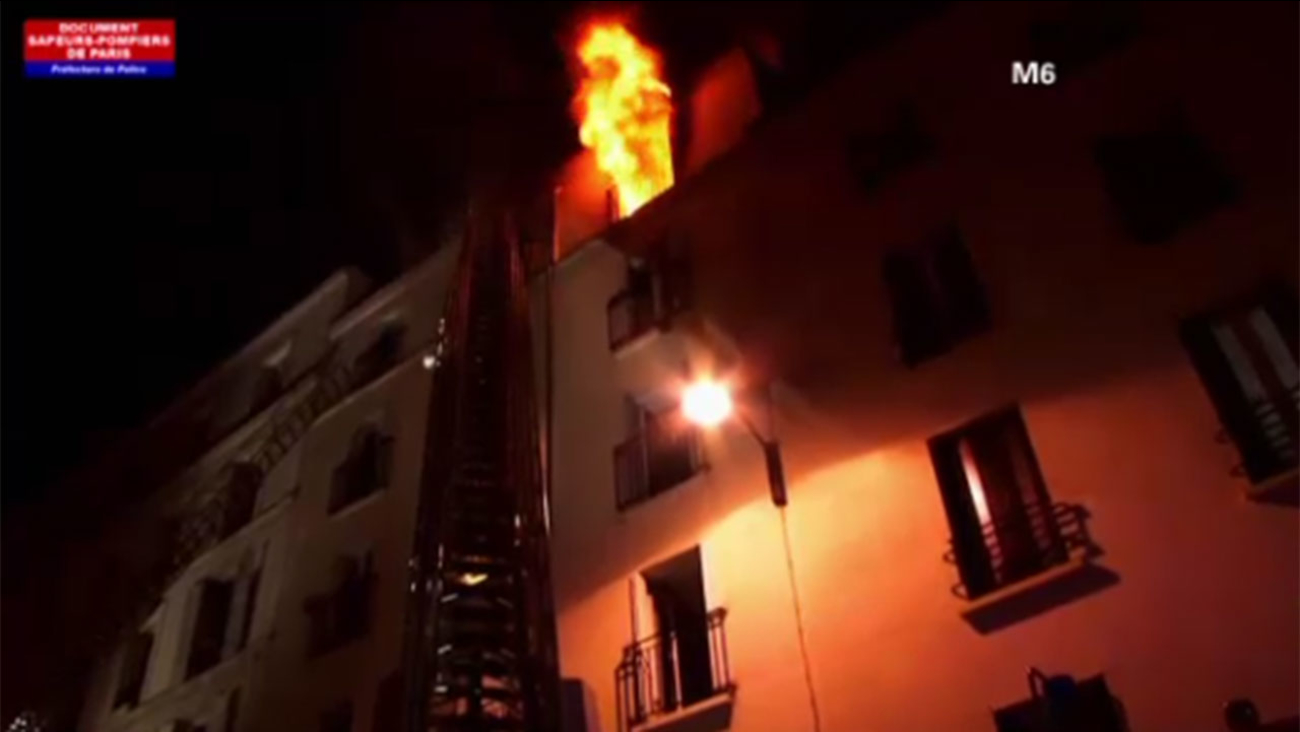 Officials in Paris are investigating an overnight apartment fire that killed people, including two children.

PARIS -- Eight people died in an apartment fire early Wednesday at the foot of Paris' famed Montmartre hill, and police detained a man amid suspicions that it was started intentionally, officials said. Some died leaping out of windows to flee what appeared to be the deadliest blaze in the French capital in a decade.

Firefighters extinguished a small paper fire around after midnight in the building, then were called back two hours later for a much bigger blaze, fire department spokesman Gabriel Plus told The Associated Press. It's unclear what caused both fires, and whether there was any link.

When the firefighters returned, Plus said, "We were immediately confronted with a disaster of an exceptional scale."

People screamed for help from inside the building, several windows were blown out, and two people who had already jumped from windows were on the ground motionless, he said.

Brandet said the fire began in a ground floor stairwell. Plus said it quickly engulfed all five floors of the building and consumed several apartments and the stairwell, forcing people to flee out windows.

More than 100 firefighters were required to extinguish the blaze.

"I was sleeping and I heard cries of people calling for help," said Florent, who lives in a different entrance of the same building. He spoke on condition that his last name not be used because of security concerns.

"I opened the door to see the damage ... and I went to get a bucket of water in the panic. Then I reflected and thought the flames were too big to stop them by myself," and instead called the fire department, he said.

A man was detained later Wednesday on suspicion of involvement in the fire, the Paris prosecutor's office said, without providing further details. French President Francois Hollande issued a statement promising all necessary efforts "to shed light on the drama."

Paris Mayor Anne Hidalgo, asked whether it could have been prompted by electrical or gas problems, said the building had not had any previous problems and had been in good condition.

It was one of the deadliest fires in Paris since a 2005 fire in a hotel housing African immigrants that left 24 people dead including 11 children.