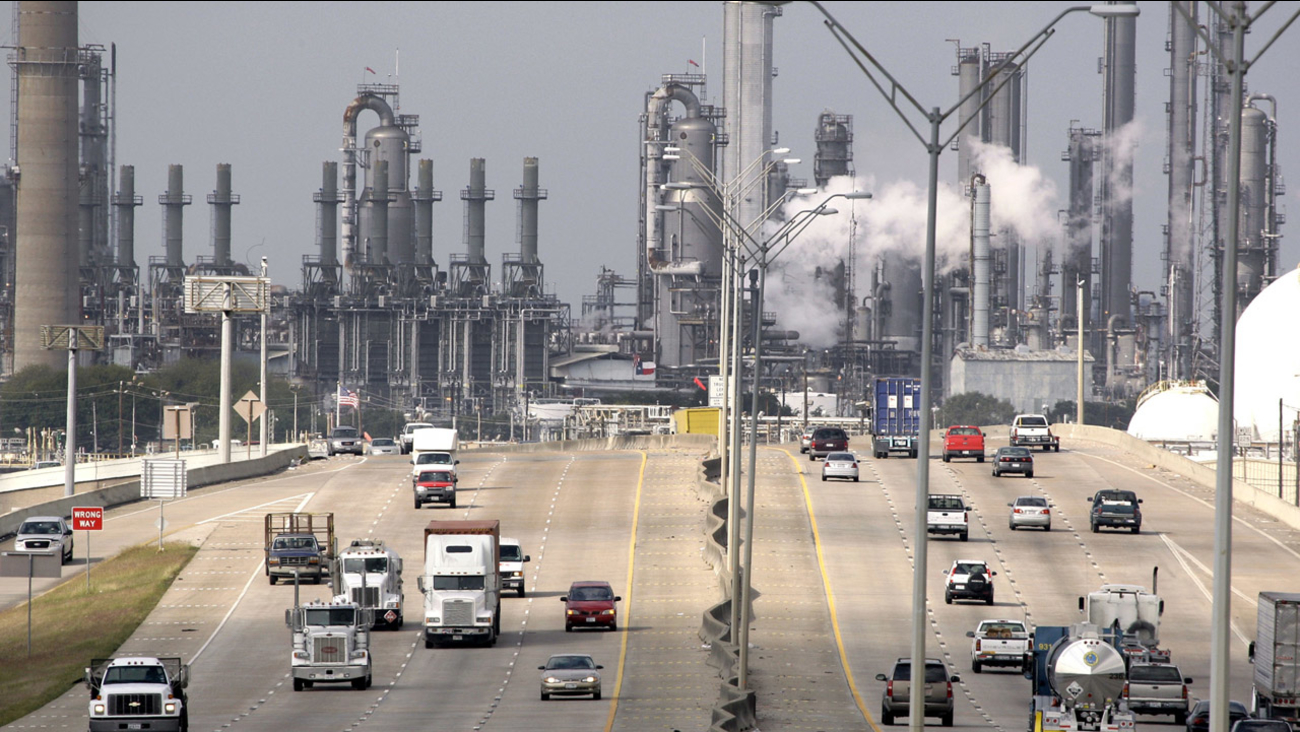 U.S. stocks are closing sharply higher after China's main stock index logged its biggest gain in eight weeks. A report also showed that the U.S. economy expanded at a much faster pace than previously estimated.

Oil had fallen to a 6 year low because of a global supply glut and worries about the health of China's economy. Analysts viewed Thursday's gain as a reaction to the rebound in China's main stock index, which rose the most in eight weeks, and don't see anything pointing to a long-term rally in oil prices.

"One up day in a sea of consistent summer selling does not make for an imminent recovery in crude oil, or in gasoline," said Tom Kloza, global head of energy analysis at Oil Price Information Service.

U.S. consumers can still expect to see sharply lower gasoline prices in the fall. Kloza said OPIS sees pump prices falling 12 cents to 17 cents a month from September through December. The average price for a gallon of regular gasoline Thursday was $2.53, down 90 cents from a year ago, according to OPIS and AAA.