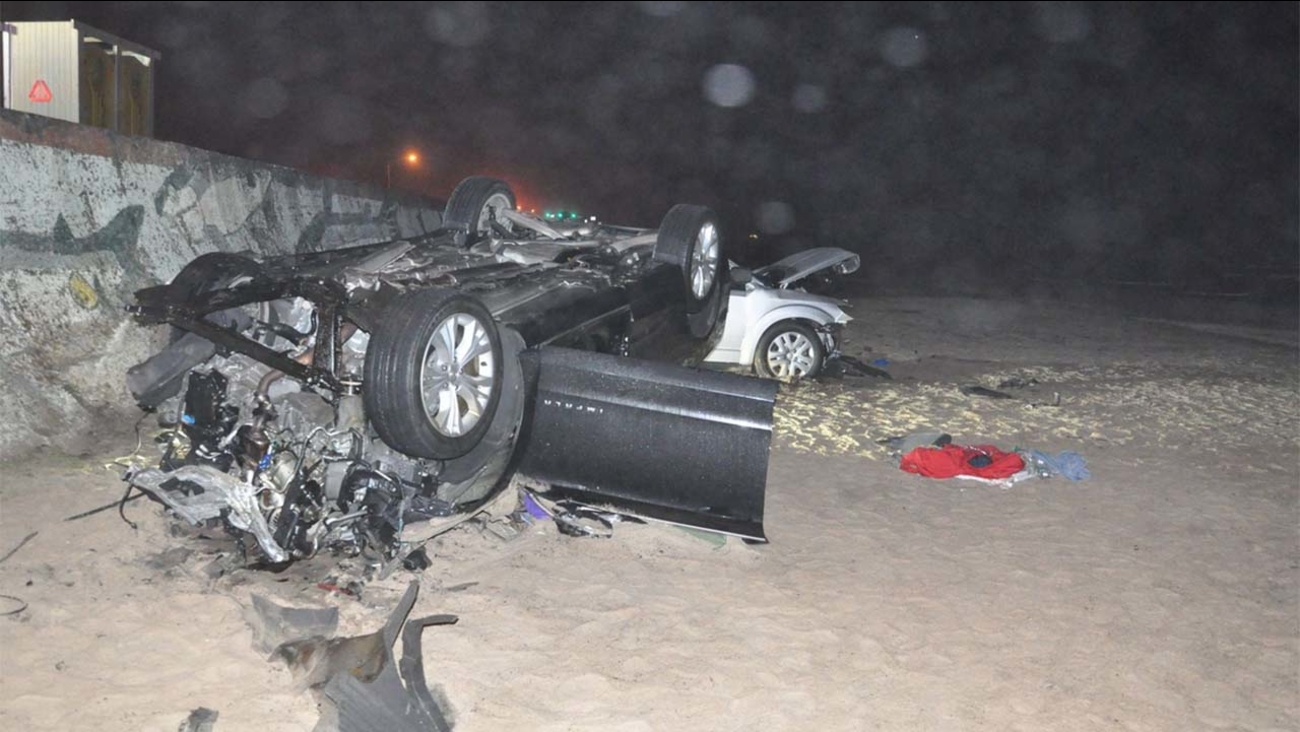 GALVESTON, TX (KTRK) -- A woman died this morning after police say a wrong-way driver slammed into her parked car along the seawall in Galveston.

The Galveston Police Department, in a post on Facebook this afternoon, said they found the wrecked cars -- a Chevrolet Impala and a Dodge Journey -- in the sand.

Investigators say Flores was traveling westbound in the Impala on Seawall Boulevard, but was driving in the eastbound lanes. Police say witnesses noted that Bruno was legally parked when Flores drifted over in the parking lane and struck her vehicle, head on, causing both cars to fly off the seawall.

Gerado Flores was transported to the UTMB John Sealy Hospital where he is receiving treatment for non-life threatening injuries.