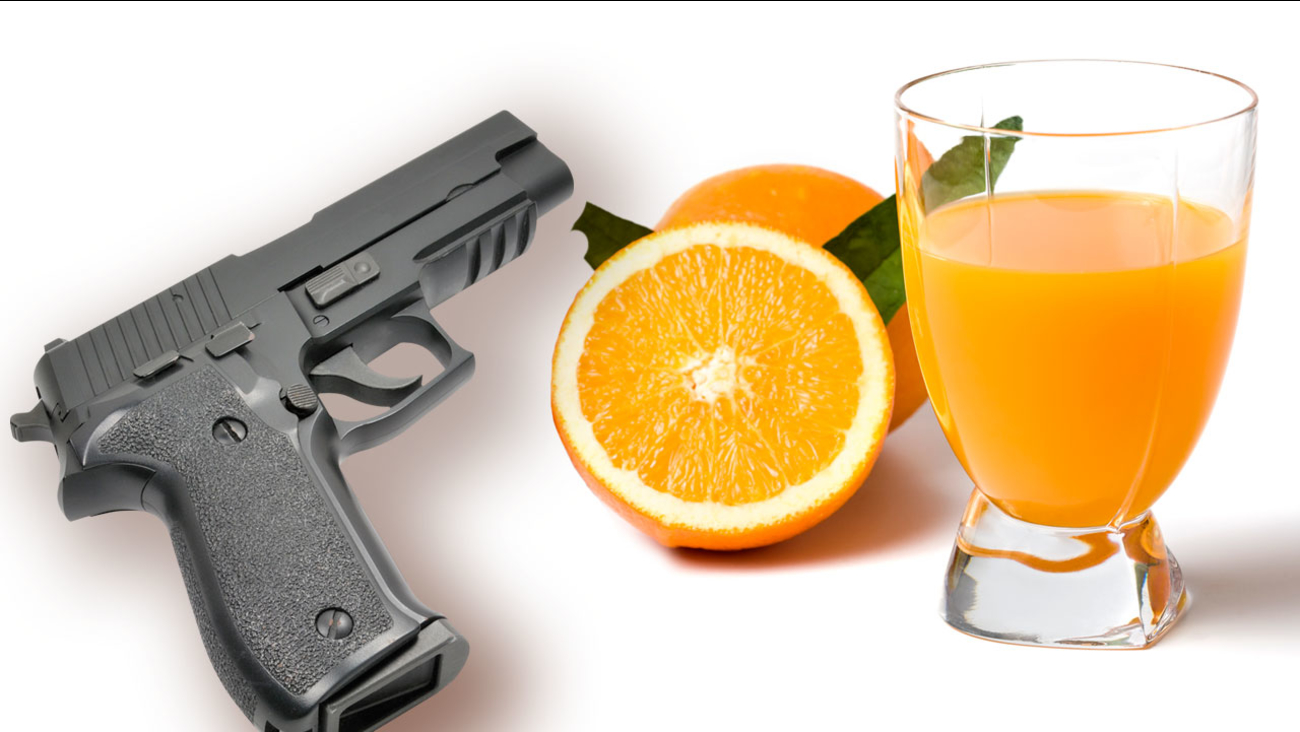 BATON ROUGE, LA -- Police in Baton Rouge, Louisiana, say a man is facing a charge of attempted manslaughter after he confessed to shooting his 18-year-old son during an argument over orange juice.

Police tell The Advocate 58-year-old Eldridge Dukes and his son were fighting Sunday morning about the lack of orange juice.

Investigators say the squabble escalated when the victim broke a vase, and Dukes grabbed his handgun.

They say Dukes chased the victim out of the house and down the street, firing at least three times. Police say the son was hit in the buttocks and suffered non-life-threatening injuries.

Dukes was booked into the parish prison on counts of attempted manslaughter and illegal use of a dangerous weapon.