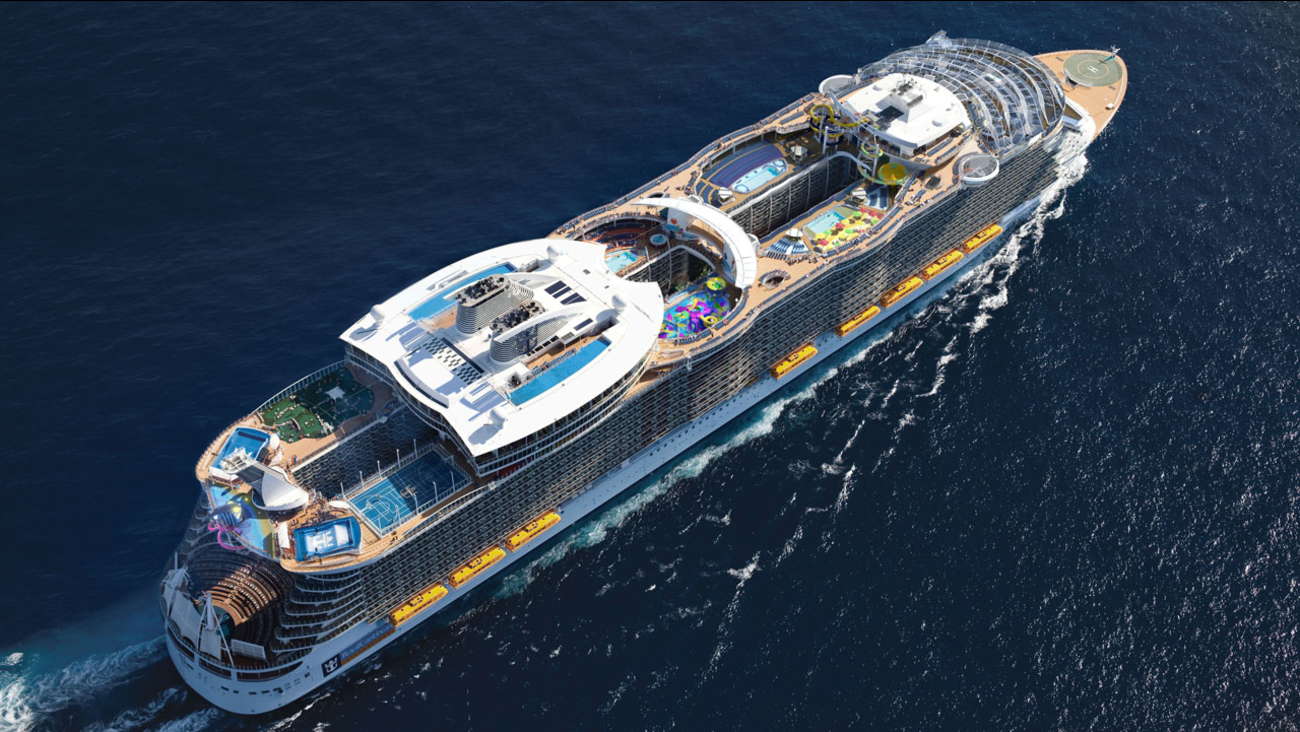 ST. NAZAIRE, FRANCE -- Shipbuilders have delivered the world's largest cruise ship, which is preparing to set sail next month.

Measuring in at a staggering 1,187 feet -- larger than the Chrysler Building -- Royal Caribbean's mammoth Harmony of the Seas took 32 months and more than $1 billion to construct.

Royal Caribbean officials performed a delivery and flag changing ceremony in Saint Nazaire, France earlier this week to commemorate the completion of the ship's construction. The vessel massive features:


When it sets sail on its maiden passenger voyage from Barcelona on June 7th, Harmony of the Seas will require a 2,100-person crew.