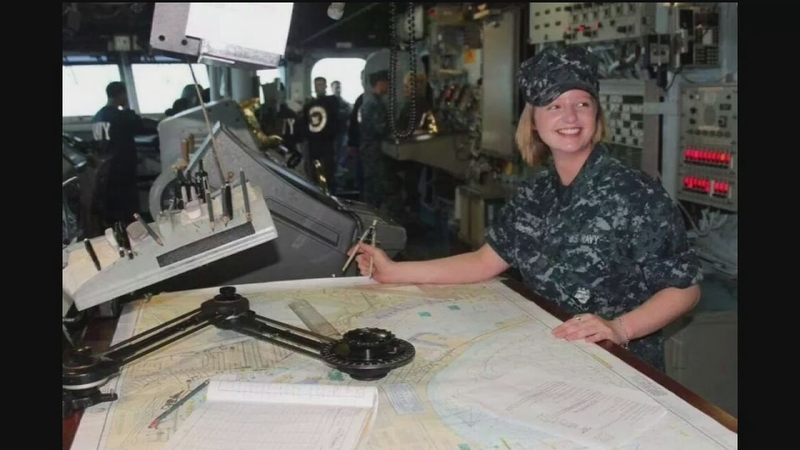 HOUSTON (KTRK) -- A Conroe Navy mom says her daughter has gotten anything but the treatment fit for a hero from Spirit Airlines, leaving her fighting for a refund after her daughter's deployment was suddenly extended.

Sarah Higgenbotham is a Quartermaster on the USS Peleliu stationed in San Diego. She was scheduled to finish a six-month deployment next week, and then fly to Houston on December 21.

"When they got to a certain location they were asked to go back out because there was something else that needed to be done, so they wouldn't be home for the holidays," says her mother Sherri Schreiber.

She called Spirit Airlines to cancel her flight and get a refund.

"Spirit told her that it was non-refundable, that they were not going to refund the ticket," Schreiber tells us. "She explained to them repeatedly about deployment and that it was out of her control."

Schreiber says Spirit told her she could use the money toward a future flight. But there was a catch.

"So they weren't going to credit all her money. I believe it was a $100 penalty. So she was going to be penalized for going out on deployment," Schreiber said.

Spirit Airlines spokesman Paul Berry says: "We make it clear on the web site that it's non-refundable...it's as transparent as can be." He also says the military usually refunds travel costs to members in Sarah's situation. Berry says a refund would have been guaranteed had she bought trip insurance.

Schreiber says she did buy the insurance, and she's still getting the runaround.

"It's so disappointing to her that she couldn't be here with the family as it is, then to add fuel to the fire, I just felt like that was a slap in the face," the upset mother laments. "She's handling it with grace. She says she's just going to chalk it up as a loss, and she'll know not to fly with them anymore."

Spirit says with trip insurance, this kind of change in deployment status is clearly a reason for a refund. Once the Navy verifies her story, she should be eligible for a refund. We'll let you know if and when that happens.
Related topics:
travelhoustonairline industrynavy
Copyright © 2022 KTRK-TV. All Rights Reserved.
TOP STORIES
No bond granted for suspect in Pct. 5 corporal ambush killing
Bodies found in back seat and trunk of burning vehicle in Liberty Co.
Attorney of man questioned in dad's death wants him to seek help
Houston greenlights plan to help homeless find housing
EPA announces cleanup plans to address Fifth Ward cancer cluster
Investigation underway in pregnant woman shooting
Search underway for suspect in Texas City double shooting
Show More
New Buffalo Speedway bridge opens over Brays Bayou
ABC13 sits down with 3 of 5 Democrats looking to unseat AG Ken Paxton
You could get paid to get your COVID vaccine or booster
Man who sold weapon to Colleyville synagogue standoff suspect charged
C. Baldwin Hotel announces downtown watch party for The Bachelor
More TOP STORIES News