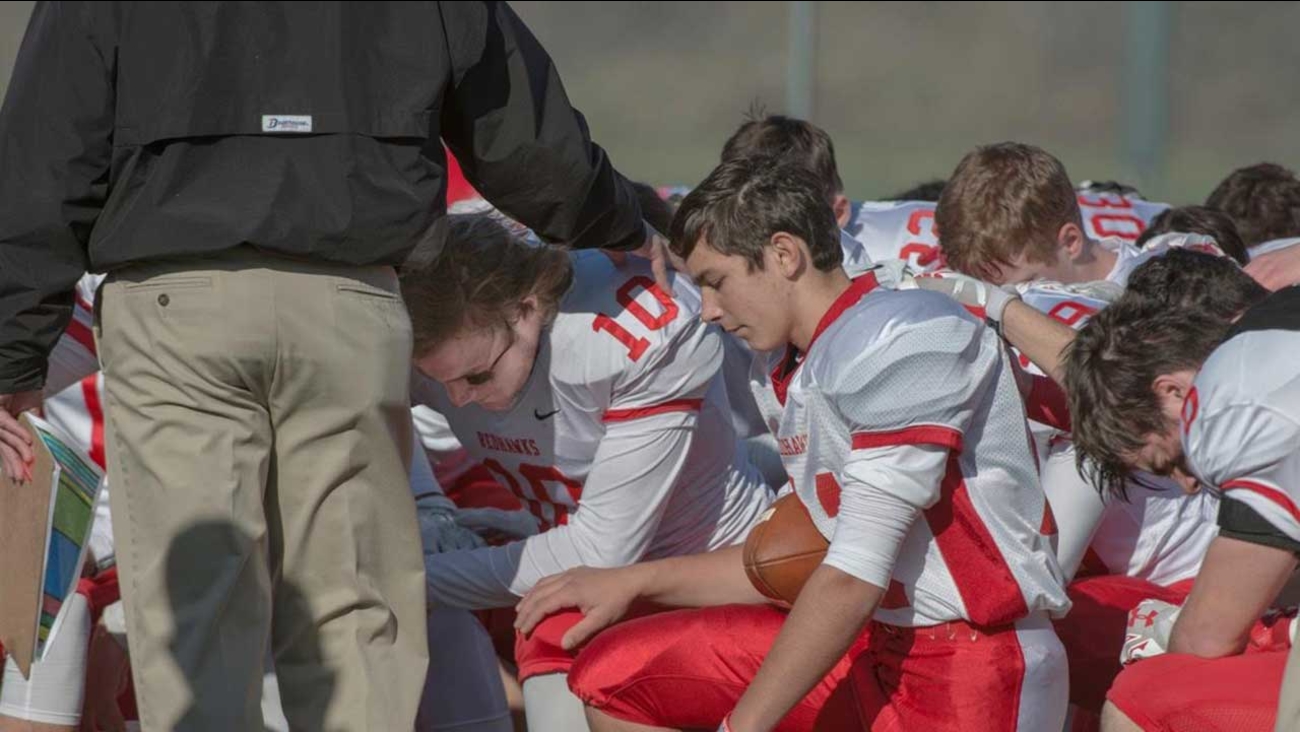 The Freedom from Religion Foundation filed a complaint with Naperville Central High School after pictures surfaced of the team praying before a Nov. 14 game against Waubonsie Valley High School.

The photos show the Redhawks' coach, Mike Stine, joining the prayer with his players. The group said the coach's involvement violates the constitution.

Naperville Community Unit School District 203 Supt. Dan Bridges said he instructed coaches of all sports in the district not to take part in prayers.

WLS-TV received a team statement Friday morning from Daniel Bumpus, a four-year member of the Redhawks football team. He said the players held a team meeting and prepared the following:

"We, as a football team and a family, give Coach Stine our full support. He is the best coach in the state and cares about each and every one of us more than any other coach cares about his players.

We are proud that he is willing to stand up for his faith and for the example he sets for us. He is a role model for every one of us in a world where true male role models are becoming few and far between.

The players will continue this tradition of praying before our games and would like to extend an invitation to all members of the Freedom From Religion Foundation to come out next fall and watch us pray and play the game we love. Go Redhawks."