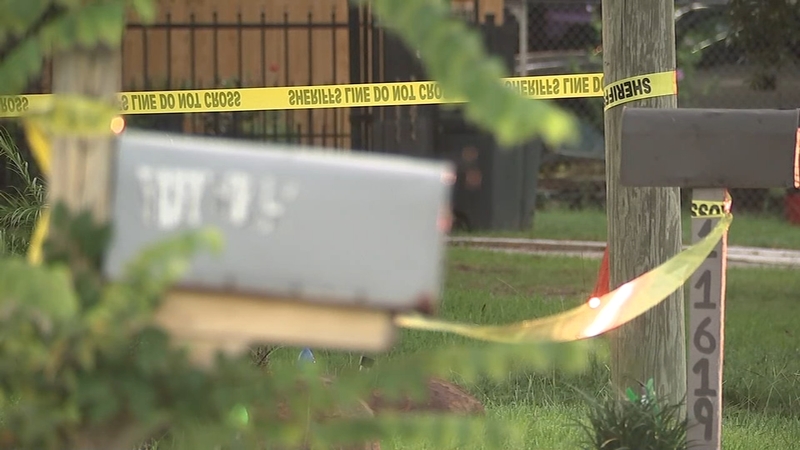 It happened around 5 a.m. in the 11600 block of Palo Verde in the Redwood Estates neighborhood.

Deputies were called to a report of a man and woman who were fighting at that location, according to the Harris County Sheriff's Office.

The couple's 21-year-old son told them that he heard gunshots as his parents argued inside. He found their bodies inside the bedroom, deputies said.

The 21-year-old was among three others at the home when it happened. The couple's 11-year-old son and a 15-year-old who was identified as a friend, were in the care of deputies on scene Sunday morning.

It wasn't clear what led to the violence, but deputies said they've been called to the residence in the past.

In April, an assault was reported at the address, but no charges were filed.