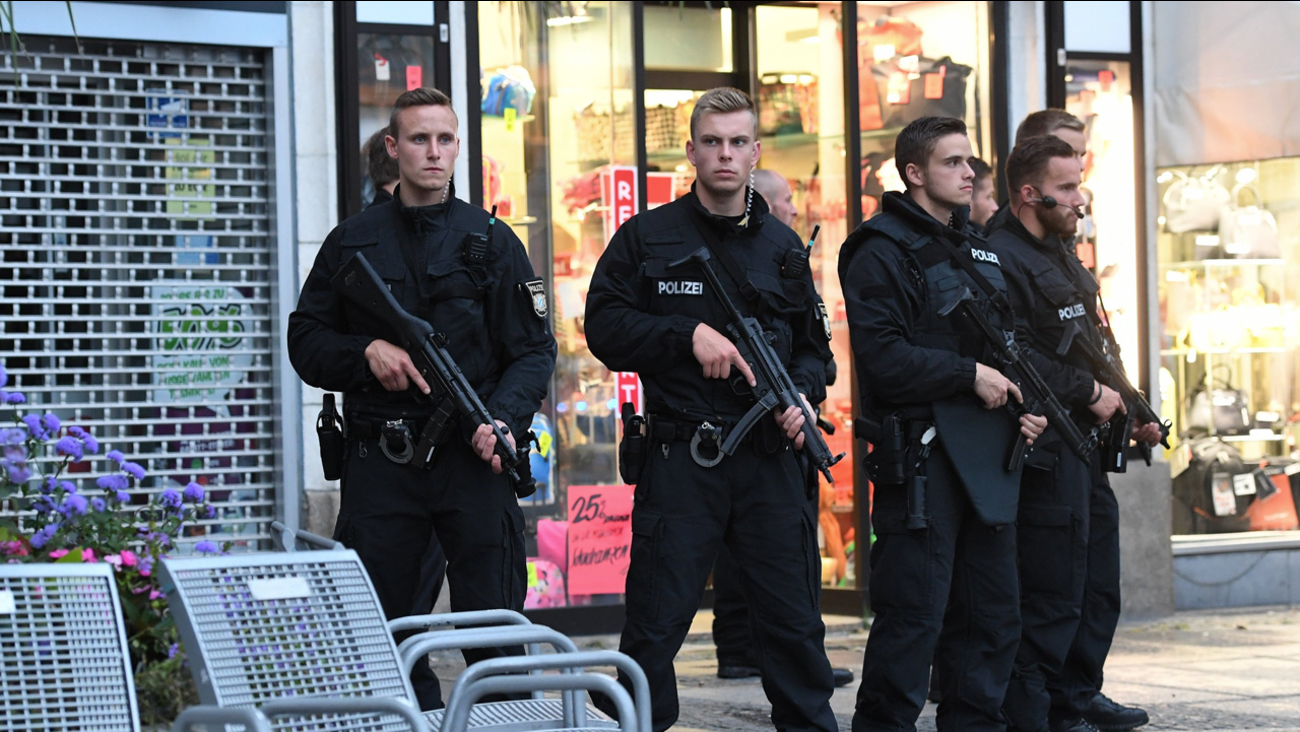 Police officer secure the Stachus hotel after a shooting was reported there in Munich, southern Germany, Friday, July 22, 2016. Several people have been reported to be killed. (Sven Hoppe/dpa via AP)

MUNICH, Germany -- The 18-year-old gunman who opened fire at a crowded Munich shopping mall and fast-food restaurant, killing nine people and wounding 16 others before killing himself, was obsessed with mass shootings, police said Saturday.

Investigators searched the unnamed German-Iranian man's home overnight and found a considerable amount of literature about mass killings, including a book titled "Rampage in Head: Why Students Kill," but no evidence that he was linked to extremist groups such as the Islamic State.

In this frame grab taken from video, people run from the Olympia Einkaufszentrum shopping centre after a shooting 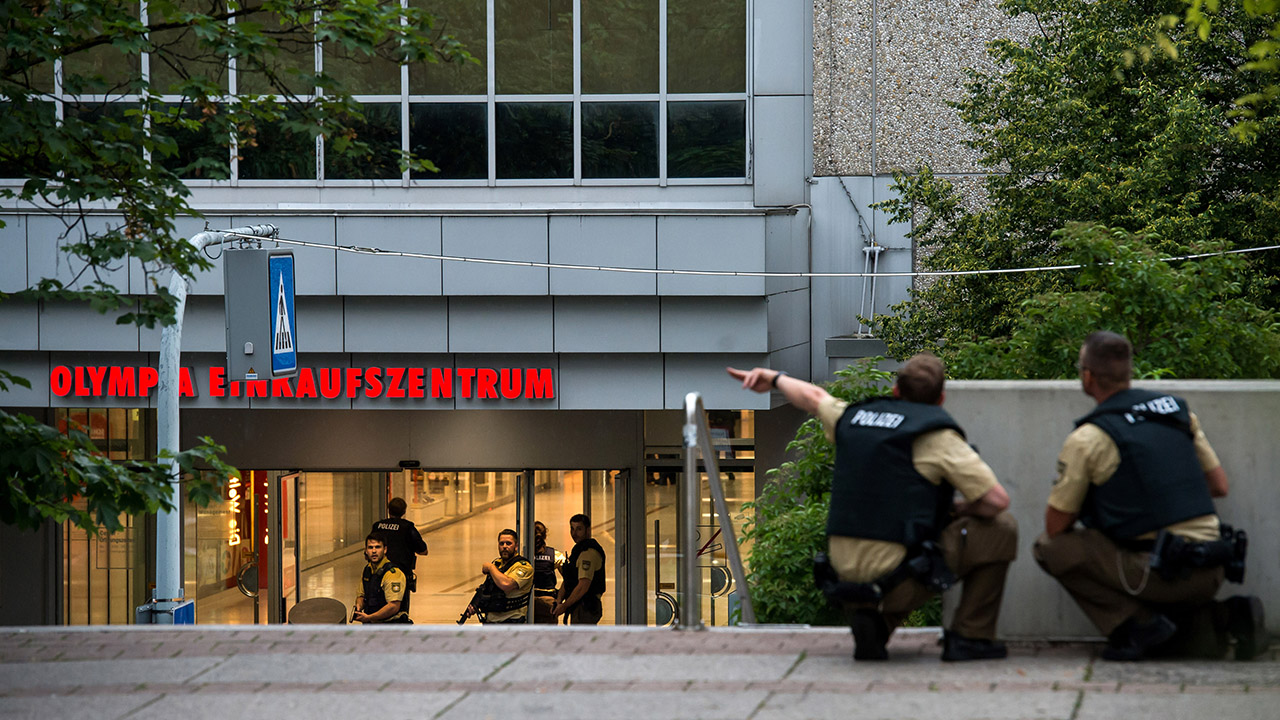 The attack in the Bavarian capital sparked a massive security operation as authorities - already on edge after the recent attacks in Wuerzburg and Nice, France - received witness reports of multiple shooters carrying rifles shortly before 6 p.m. (1600 GMT). Eight hours later police declared a "cautious all clear," saying the suspect was among the 10 dead and that he had likely acted alone.

German Chancellor Angela Merkel was due to chair a meeting of her government's security Cabinet Saturday.

At an address on Dachauer Strasse that was searched by police early Saturday, a neighbor described the suspect as "very quiet."

"He only ever said 'hi'. His whole body language was of somebody who was very shy," said Stephan, a coffee shop owner who would only give his first name.

"He never came in to the cafe," he added. "He was just a neighbor and took out the trash but never talked."

Some 2,300 police from across Germany and neighboring Austria were scrambled in response to the attack, which happened less than a week after a 17-year-old Afghan asylum-seeker wounded five people in an ax-and-knife rampage that started on a regional train near the Bavarian city of Wuerzburg. The Islamic State group claimed responsibility for the train attack, but authorities have said the teen - who was shot and killed by police - likely acted alone.

The suspect's body was found about 2 1/2 hours after the attack, which started shortly before 6 p.m. (1600 GMT) at a McDonald's restaurant across the street from the mall.

A cell-phone video posted online showed the suspect dressed in black standing on a rooftop parking area of the mall yelling back and forth with the person filming, saying at one point "I'm German" and eventually firing shots. Andrae said police believe the video is genuine.

David Akhavan, a 37-year-old who from Tehran, Iran, who works at the Shandiz Persian restaurant, described his anguish as he learned of the shooting.

"I started to get texts from friends asking if I was safe," he said. "Then, my thoughts were: please, don't be a Muslim. Please don't be Middle Eastern. Please don't be Afghan. I don't accept any of this violence."

Witnesses had reported seeing three men with firearms near the Olympia Einkaufszentrum mall, but Andrae said two other people who fled the area were investigated but had "nothing to do with the incident."

Local residents described the scene as the shooting unfolded.

"I was standing on the balcony smoking a cigarette. Suddenly I heard shots," said Ferdinand Bozorgzad, who lives in a high-rise building next to Olympic Shopping Center. "First I thought someone had thrown some firecrackers. I looked down at the McDonald*s and saw someone shooting into the crowd. Then I saw two people lying there. "

Franco Augustini, another local resident, said his daughter hid in the shopping center during the attack.

"Next to our flat was a woman who was full of blood," Augustini said. "My wife had a bottle of water. Then we helped to wash her. It was horrible and made me speechless."

Andrae, the police chief, said seven of the victim were teenagers; a 20-year-old man and a 45-year-old woman were also killed. All were residents of Munich, he said.

Munich's mayor, Dieter Reiter, declared a day of mourning for the victims of "this terrible act."