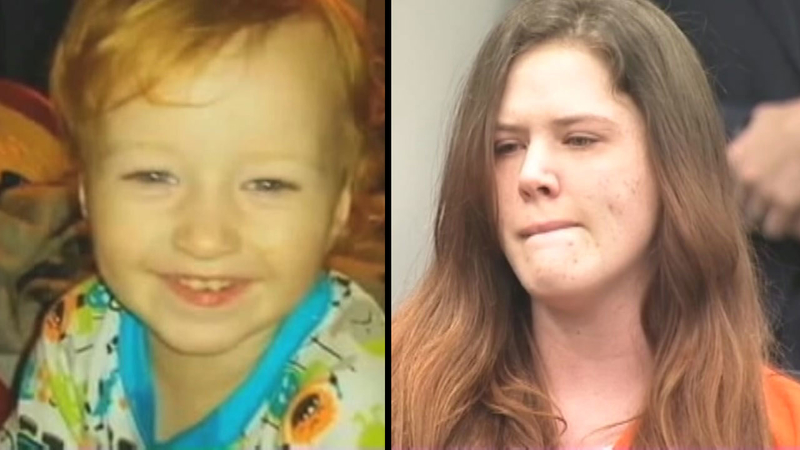 MORGANTON, NC -- A North Carolina mother accused of being high as her young son froze to death has pleaded guilty.

Jamie Basinger fought back tears as prosecutors described the gruesome details of the case.

"I love my kid to death and I would never do nothing to hurt him," she said.

Eight months after her arrest, Basinger is now taking responsibility for her son's death. Someone driving by the home spotted 3-year-old Landyn Melton on the front porch in sub-freezing temperatures. It was just 22 degrees at the time.

Prosecutors say his mother was asleep inside and later admitted to using meth two days earlier and marijuana the day before.

Prosecutors say investigators found the toddler's prints on the outside of the door where they believe the 3-year-old tried to get back inside.

But Basinger's attorney told the judge while she was prepared to take responsibility for Landyn's death, she never intended to harm her son and had an addiction problem.

Basinger's mother and other family members watched as she pleaded guilty to involuntary manslaughter.

Basinger has been in jail since her arrest last April. The judge sentenced Basinger to the time she's been in jail and three years of probation. If she violates that probation, she could face an additional 19 months of prison time.