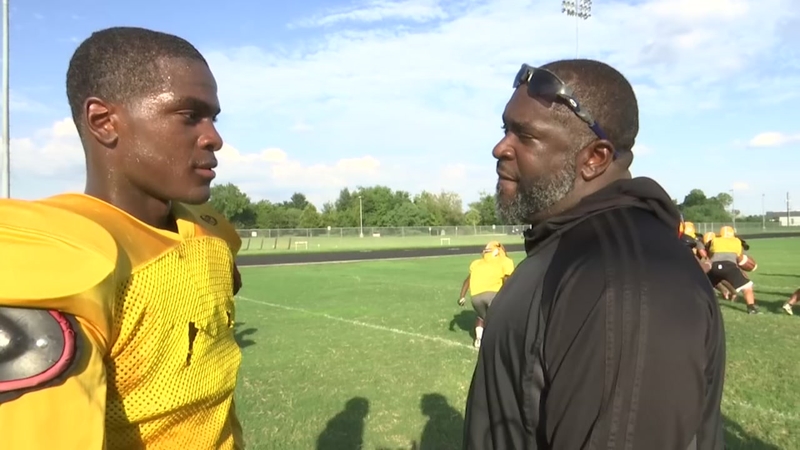 His knowledge in speed has made the Buffs a team to fear with their blazing fast running back core.

"It's about the kids, it is all about their development athletically and socially. I'm just in love with the process and love being around these kids. I would not want to be doing anything else," Coach Banks says.

Banks excels in track, where he has won numerous state titles with the Buffalos.

Despite all the success in athletics, his biggest satisfaction is making a difference in his students' lives.

"I can ask him anything. I look up to him like a father figure," athlete Devon Achane said.

Despite numerous job offers in recent years, Banks has stayed faithful to the Missouri City community.

"He comes with a fire every single day," said Fort Bend Marshall head coach James Williams. "You know he challenges guys to be great and to be their best every game. He has been here as long as I have been here, and he has been a key part of both programs' success."
Report a correction or typo
Related topics:
sportsmissouri citytexas newsathletesschool athleticsgame of the weekhigh school football
Copyright © 2022 KTRK-TV. All Rights Reserved.
TOP STORIES
Uvalde school shooting: What we know about 19 kids, 2 teachers killed
Timeline breaks down Uvalde shooter's movements day of massacre
Uvalde man says his daughter was killed trying to call 911 on shooter
Senate GOP blocks domestic terrorism bill and gun policy debate
'Goodfellas' and 'Field of Dreams' actor Ray Liotta dies at 67
Lockdown lifted at Houston ISD's Stephen F. Austin HS
Teen dies 2 days shy of 16th birthday after being shot, sheriff says
Show More
Great news on the drought, but rain chances look slim the next 10 days
More firearm dealers than mental health providers in Uvalde
Onlookers urged police to charge into TX school: 'Go in there!'
'American Pie' singer Don McLean pulls out of NRA convention
Officials: Buffalo, Uvalde shooters allegedly abused animals
More TOP STORIES News