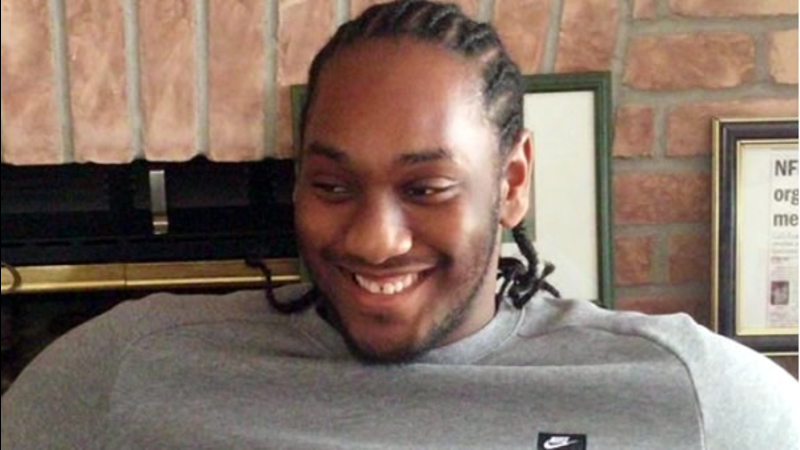 BRENTWOOD, Calif. -- A 17-year-old U.S. Marine Corps recruit collapsed and died Tuesday while exercising in a Brentwood park, according to police.

At about 5:45 p.m., officers responded to Veterans Park on Balfour Road for a call about an unresponsive male.

They found Floyd Burrell, who had collapsed from "an apparent unexpected medical complication" while working out with other Marine Corps recruits, according to police.

Police said Burrell, a Pittsburg resident who was a senior at Pittsburg High School, received CPR from a bystander before emergency medical personnel arrived and took him to a hospital, where he later died.

His dad said Floyd joined the military to get money for college. "First and foremost he was a musician. He played saxophone for six, seven years. I was pleasantly surprised when he mentioned playing football. His brothers and sisters are athletes, so when he said he wanted to play football, I about fell out of my chair," Burrell's father said.

His dad said Floyd did not have any health problems.

The Contra Costa County coroner's office will perform an autopsy to determine what led to Burrell's collapse.

Full Pittsburg Unified School District statement: "We are deeply saddened to report the loss of a Pittsburg High School student. Yesterday, at approximately 6:00PM, senior Floyd Dupree Burrell, passed away unexpectedly during a run in the City of Brentwood. Floyd's goal was to join the United States Marine Corps after graduation in June and he was participating in a run with other recruits when he collapsed suddenly. Grief counselors are available at the high school to help support our students. We offer our prayers and sympathy to Floyd Dupree Burrell's family, his friends, teammates and fellow students, his teachers and coaches, and the entire Pittsburg High School community."

ABC7 News contributed to this story.