March Madness 2022: These are the men's and women's basketball teams from Texas going dancing 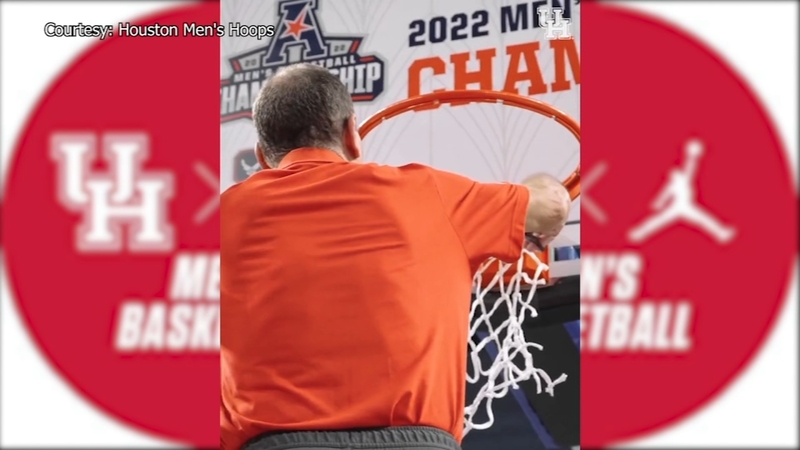 Any hoops fan hungering for a return to normal this March might have looked at the bracket when it finally came out and wondered what ever changed.

Gonzaga is the tournament's top seed. Kansas and Arizona are No. 1s, as well. Duke and Kentucky are right up there as No. 2s and the defending champion, Baylor, is the other top seed and a force to be reckoned with again, too.

But all that sameness felt like more of a celebration when the pairings were set this Selection Sunday. The most-anticipated reveal of the year felt like a party again, even if it might have been pushed down a notch on the ticker by the unexpected return of Tom Brady to the NFL in an announcement that came just as Dick Vitale and Co., were starting to break down the 68-team draw.

"This was a really special year because we all realized what we missed," Villanova coach Jay Wright said.

For the first time since 2019, the teams will scatter across the country to eight cities for 48 games over the first four-day weekend of America's unofficial hoops holiday. Then, they will move to four cities for the Sweet 16. And they will cut down the nets in New Orleans, where the Final Four runs April 2-4.

In total, seven teams in the men's tournament are from Texas, including the University of Houston and Texas Southern University.

Here's a look at what to watch with each team.

Baylor won it all last year, so they'll be looking to do it again as they enter the tournament as the No. 1 seed in the East Region. They play Norfolk State Thursday at 1 p.m. at Dickies Arena in Fort Worth.

The Bears (26-6) are the No. 1 seed for only the second time in program history.
As for their opponent, Norfolk State won the MEAC regular-season and tournament championships and is making its second straight trip to the NCAA Tournament.

This is the Red Raiders' fourth straight NCAA tournament berth. Their next stop will be San Diego, California for a West Region match-up against No. 14 Montana State on Friday at 10:45 a.m. (PST).

It's a big deal for Tech, who has enjoyed consistent success, including a 2018 trip to the Elite 8, a 2019 NCAA National Championship Final and the 2021 Second Round.

The Red Raiders have had 19 appearances in the NCAA Tournament overall.

The University of Houston Cougars earned the No. 5 seed after getting to the Final Four last season, they're first since 1984.

Next up, they'll face the University of Alabama - Birmingham on Friday at 8:20 p.m. in Pittsburgh.

The Longhorns will take on No. 11 Virginia Tech Friday at 3:30 p.m., marking their 36th overall appearance in the NCAA Tournament.

Texas is just one of eight schools nationally to appear in at least 20 of the last 23 NCAA Tournaments, according to the school's website.

Friday is shaping up to be one of the premiere nights to watch Texas teams in the tournament, and that includes TCU, who will be on at 8:57 p.m. (to be specific!) versus Seton Hall.

This will be the men's basketball team's ninth tournament appearance.

TCU has been in the tourney recently. This time, it will be their second appearance in four seasons of postseason play.

The winner of this game will move on Sunday against the winner of No. 1 seed Arizona and either Bryant or Wright State, who are both No. 16 seeds.

The tournament begins with TSU facing Texas A&M Corpus Christi in the First Four in Dayton, Ohio on Tuesday at 5:40 p.m.

ABC13 was there as the TSU Tigers left campus for the airport. The Tigers are in after beating Alcorn State to win the SWAC championship.

This will be TSU's third consecutive First Four appearance and fourth all-time for the Tigers.

"I'm feeling great. I couldn't even sleep last night. I just woke up... two hours of sleep, charged up already. I'm just ready to get to it," said senior forward John Walker, who said the team's strategy is just to play hard.

"We don't think anything is impossible at all," Walker said.

Watch: Head coach Johnny Jones on why he believes his team can go all the way
EMBED More News Videos

"Anytime you have an opportunity to get up and have a chance to repreent the Tigers, it's always a good morning!" Head Coach Johnny Jones talked to ABC13 as TSU left for Dayton, Ohio.

The Islanders earned an automatic bid to the NCAA tourney after winning the Southland Conference Championship. This will mark the Islanders' second-ever NCAA tournament and their first since 2006-07.

The winner of the match-up between Corpus Christi and TSU will move on to play No. 1 Kansas Thursday night in Fort Worth.

Baylor fell to Texas in Sunday's Big 12 Championship final, but that didn't stop them from earning a spot for March Madness.

On Friday, Baylor will face No. 15 seed Hawaii in a first-round game. The winner will go on to a second-round game on Sunday with a berth in the Sweet 16 on the line.

The Lady Bears earned a top-2 seed for the 11th straight time. This is their 20th overall appearance in the NCAA tournament, so they're used to dancing, or should we say, Texas two-stepping!

They've moved on to the Sweet 16 in the last 12 tournaments.

We've got a tip time for Friday!

Texas Women's Basketball learned their fate in the tournament from 30,000 feet in the air after winning the Big 12 Championship over Baylor.

Like several other teams, Texas will play Friday at home, facing off against Fairfield.

This will be the Longhorns' 34th overall appearance in the NCAA tournament. That ranks No. 4 in NCAA Division 1 history.

They're also coming off an 11-game win streak.

Learning our fate from 30,000 feet up 🤘#HookEm pic.twitter.com/odZy1Koidg

They learned Monday that they'll face the North Carolina Tar Heels in Arizona on Saturday, March 19 at 6:30 p.m. CT.

The Ladyjacks punched their ticket after defeating the Grand Canyon Lopes 74-57 over the weekend and capturing the 2021-22 WAC Tournament Championship.

As the No. 14 seed, UT Arlington will be up against No. 3 seed Iowa on ESPNU on Friday.

This is UTA's third all-time appearance in the NCAA tournament after earning berths in 2005 and 2007.

And even the head coach shines.

Coach Shereka Wright was honored as the 2022 Sun Belt Conference Coach of the Year.

No. 14 seed UT Arlington will take on No. 3 seed Iowa State at approx. 9 PM on ESPNU on Friday, March 18.#TwoFeetIn | @TexasTrustCU pic.twitter.com/Wi2rFYajUe

March Madness is here! Did you know these things about the tournament?