Man struck and killed while walking in street in Katy, Sheriff says 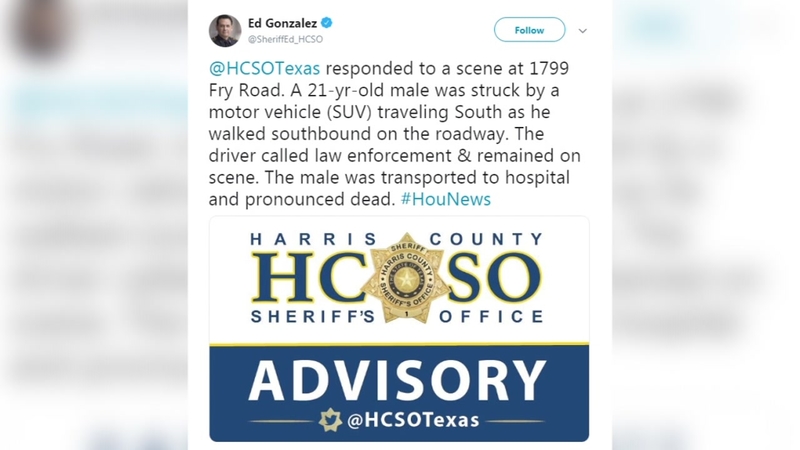 Man struck while walking down the street in Katy

The man was struck at the 1700 block of Fry Road as he was walking southbound on the roadway, according to Harris County Sheriff Ed Gonzalez.

@HCSOTexas responded to a scene at 1799 Fry Road. A 21-yr-old male was struck by a motor vehicle (SUV) traveling South as he walked southbound on the roadway. The driver called law enforcement & remained on scene. The male was transported to hospital and pronounced dead. #HouNews pic.twitter.com/zIuU6oTlBP

Sheriff Gonzalez said the driver called authorities and remained at the scene.

The man was transported to the hospital, where he was pronounced dead.

According to Sheriff Gonzalez, the driver was tested for any form of impairment and had negative results.

Fry Road fatal: the driver of the striking SUV was tested for any form of impairment and had negative results. It should be noted, the area is extremely dark with limited artificial lighting. #HouNews