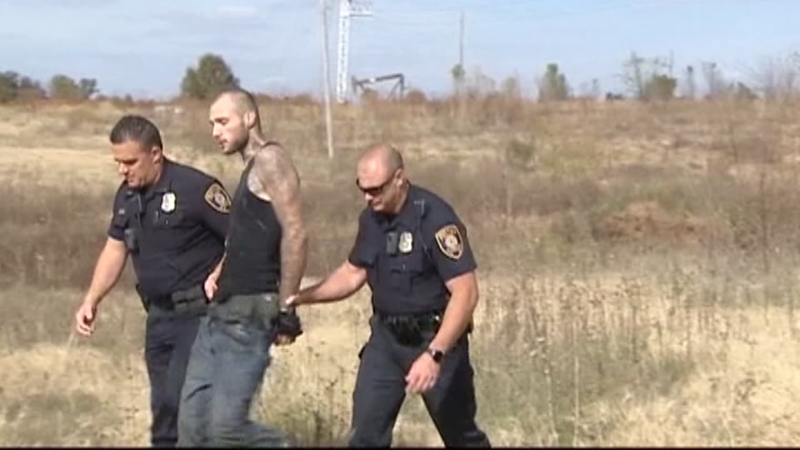 OKLAHOMA CITY, Oklahoma (KTRK) -- Newly released video is showing the antics of a chase suspect who live streamed himself while behind the wheel.

The man led Oklahoma City police on a chase for more than three hours last Friday. The officers were able to view on a Facebook Live feed as the man sped away.

Later in the chase, body camera video shows officers using a stun gun on the driver, who was identified as 25-year-old Brenton Hager.

Hager was stopped in his tracks when he crashed the stolen truck and tried to bail on foot.