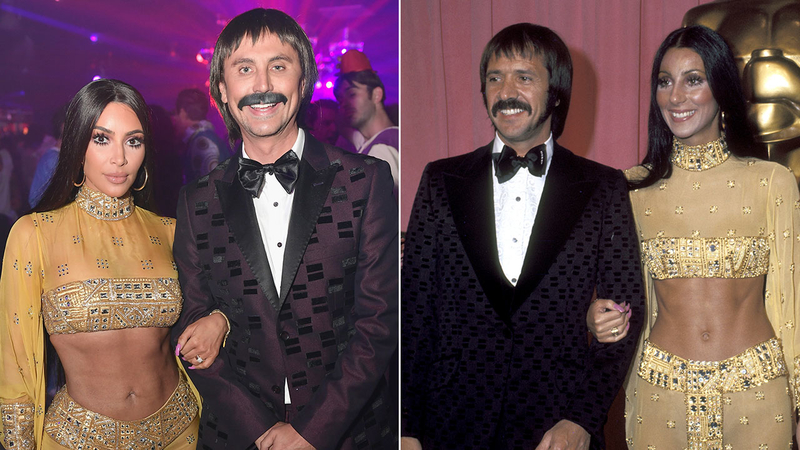 Celebs dress up as monsters, other celebs for Halloween

When you're a celebrity, sometimes your best idea for a Halloween costume is ... another celebrity.

Demi Lovato dressed as Selena for Halloween this year pic.twitter.com/P47qZB2FDy

But other celebrities went for a more fantastical costume, like Paris Jackson.


Adele left fans guessing what her fabulous green ensemble was meant to be.


Here are more of the best celebrity costumes so far.

Cindy Crawford and Rande Gerber as That '70s Show


Jason Derulo as the Night King from Game of Thrones


Derek Hough as a Teddy Bear


Kelly Ripa and Ryan Seacrest as Game of Thrones characters


Sarah Michelle Gellar wrote, ''Am I unicorn? Am I mermaid? Am I part showgirl?!?''