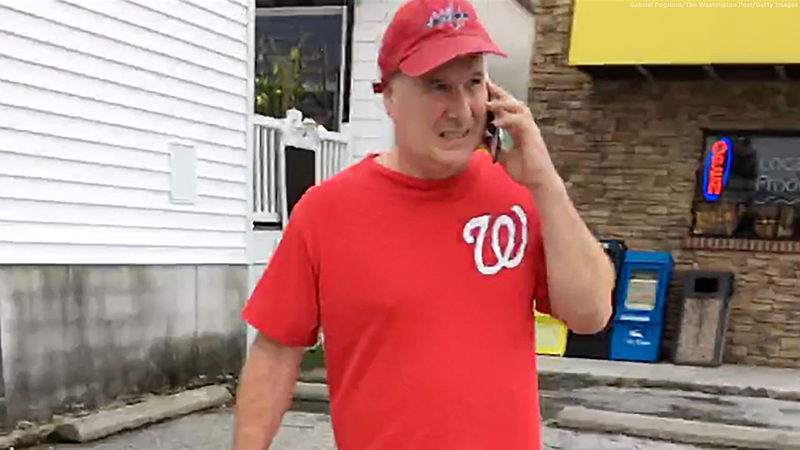 WASHINGTON -- Throughout Senate hearings for Brett Kavanaugh's Supreme Court nomination, Democrats have been particularly focused on getting more information from Mark Judge, a high school friend of Kavanaugh's.

Christine Blasey Ford, who has accused Kavanaugh of sexually assaulting her in the 1980s, has told senators that Judge was in the room during the alleged assault. In her testimony, Ford said Kavanaugh and Judge's laughter during the incident has stuck with her nearly four decades later.

Judge told the committee in a signed statement that he doesn't recall the events described by Ford. His statement said "I have no memory of this alleged incident," ''do not recall the party" and "never saw Brett act in the manner Dr. Ford describes."

Democrats had asked for the committee to subpoena Judge, but Republicans voted down the request 11-10. In a new letter from his lawyer, Judge said Friday he will cooperate with any law enforcement agency assigned to investigate "confidentially."

In her testimony Thursday before the Senate Judiciary Committee, Ford told lawmakers she might be able to pinpoint when the alleged attack happened if someone could tell her when Kavanaugh's author friend Mark Judge worked at a local supermarket.

Ford testified that she ran into Judge at the Potomac Village Safeway supermarket in Maryland six to eight weeks after the alleged attack. She said Judge was arranging shopping carts and seemed "nervous" and didn't want to speak with her.

Judge wrote in his book "Wasted: Tales of a GenX Drunk" that he worked "for a few weeks" at the local market the summer before his senior year at Georgetown Prep, meaning the summer of 1982. Judge called the experience helping people to load groceries into their cars a "nightmare," saying he was often still hungover or drunk when he got to work in the morning.

Judge said he worked at the store to pay for football camp. According to 1982 annotated calendars that Kavanaugh released to the committee, football camp began that summer on Sunday, Aug. 22.

If Judge worked at the store in the weeks leading up to football camp, the gathering where Ford says the assault took place would have likely happened sometime in late June or early July.

Sen. John Cornyn said Judge admits to being a recovering alcoholic and is a cancer survivor. Cornyn said Democrats are ignoring that and seeking to "drag Mr. Judge into this circus-like atmosphere" and subject his battles with addiction to public ridicule.

Judge, a Maryland resident, has kept a low profile throughout the confirmation hearings. The Washington Post reported that Judge has been staying with a friend in Delaware.