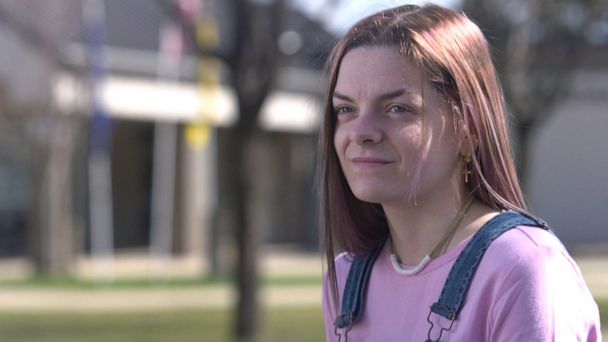 The Supreme Court on Wednesday ruled in a major free speech case involving when schools can enforce rules of conduct on social media.

The case involves Brandi Levy, who didn't make the varsity cut as a freshman cheerleader for her school, posting a vulgar message to the social media app Snapchat, saying, "'F*** school, F*** cheer, F*** softball, F*** everything,'" she recounted to ABC News Live. Days later, Lee's school accused her of breaching a code of conduct and suspended her from cheerleading for an entire year.


Her Snapchat post and the punishment that followed were at the center of a major case that tested the boundaries of school discipline and the rights of students to free speech.

In an 8-1 decision authored by Justice Stephen Breyer, the court said schools' authority to regulate student speech is highly limited in off-campus settings, including on social media.

But the court rejected a sweeping lower court standard -- loudly criticized by educators, administrators, and some parents -- that categorically banned schools from any ability to police student speech outside the schoolhouse gate.

"We do not believe the special characteristics that give schools additional license to regulate student speech always disappear when a school regulates speech that takes place off campus," Breyer wrote. "The school's regulatory interests remain significant in some off-campus circumstances."

Breyer cited cyberbullying, threats to teachers or students and online cheating as examples of when schools may be able to crack down.


But Breyer said the specifics of those circumstances would need to be sorted out in future cases.

"We hesitate to determine precisely which of many school-related off-campus activities belong on such a list," Breyer wrote. "Thus, we do not now set forth a broad, highly general First Amendment rule stating just what counts as 'off campus' speech and whether or how ordinary First Amendment standards must give way off campus to a school's special need to prevent, e.g., substantial disruption of learning-related activities."

The court, in a famous 1969 decision, said that students don't surrender their First Amendment rights at the schoolhouse gate, but that educators can limit speech on school property when it's materially disruptive. It has not addressed how school-related speech expressed off-campus can be handled until now.

Levy, the teenage former cheerleader who took on her high school at the Supreme Court and won, told ABC News Wednesday she's having a pizza party to celebrate and is proud her fight is a victory of students across the country.


Her father said it's also a victory for parents. "I hope the school sees that, you know, they aren't the parents. On the weekends, they aren't the parents. In the summer, you know that -- if they're given a handout a punishment for something that they would sit down and think about what they're doing and all avenues and aspects of it before they make a harsh decision like they did in this situation," Larry Levy said.

Mahanoy Area School District lost at every level in the federal free speech lawsuit, but the district's attorney, Michael Levin, called Justice Breyer's opinion a "major victory" for school authority even if the ruling was a disappointment "on the surface."

"It makes clear that school districts have the power and authority [to regulate off-campus speech], and it's not restricted by the First Amendment to control certain conduct outside of school. That's exactly what we were arguing," Levin told ABC News. "The Third Circuit [US Court of Appeals] said districts do not have power outside the school gates. The Supreme Court confirmed that we do."

"I'm not sure I'd call it a win-win," Levin added, but "It is clear that the school district won on the important issues of being able in the appropriate circumstances to control student expression where it meets the standards that the Supreme Court articulated."
Report a correction or typo
Related topics:
abc newsnational
Copyright © 2021 ABC News Internet Ventures.
TOP STORIES
Judge blocks Abbott's order to pull over vehicles with migrants
Conroe PD sued over arrest that 'destroyed' life of former teacher
Woman sentenced after arranging kidnapping of cousin killed by FBI
CDC issues new eviction ban for most of US through Oct. 3
Here's when some of you could get a humidity break
2 more Houston lawmakers arrested in DC during voting rights protest
Bolivar Peninsula fisherman reels in 110-inch shark
Show More
Big 12 reportedly looking at Pac-12 partnership
Business is booming in Houston's East End and here's why
Experts answer your questions about COVID-19 in Texas
34-year-old suspect's bond revoked in road rage murder of teen
Fort Bend Co. judge reinstates COVID protocols as cases spike
More TOP STORIES News