Trial begins for teen accused of murder over Air Jordans 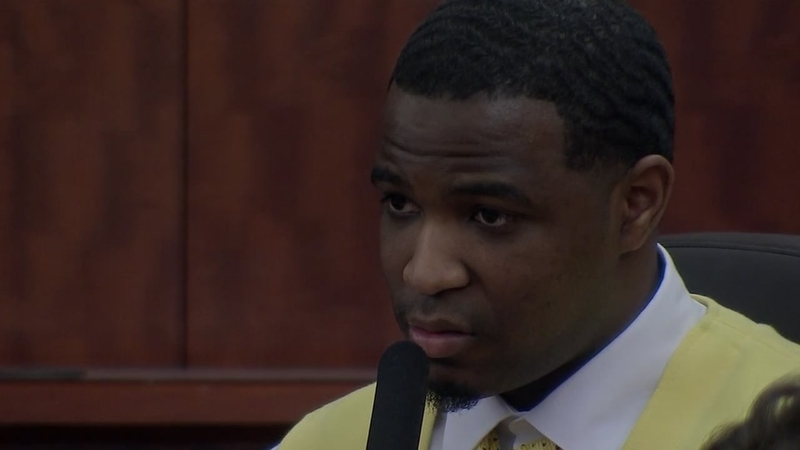 Trial begins for teen accused of killing over Air Jordans

HOUSTON (KTRK) -- It has been two years since a Houston man was killed over a pair of Air Jordan shoes.

The trial for one of those accused of killing Joshua Woods is now underway.

When Air Jordan shoes were released two years ago, Joshua Woods picked up a pair. That night, he was killed for those shoes and now one of the teens charged with that crime is on trial.

Neal Bland's trial started about an hour ago. Before the trial started, Joshua Woods' family and friends gathered outside the courtroom to pray and and to ask for justice.

The family of Joshua Woods pray outside the courtroom, where trial is underway for his accused killer, Neal Bland.

Woods' mother has started an organization called "Life over Fashion" to try to get makers of these shoes to have a much wider release of their products rather than limited releases in order to stop the overwhelming demand for Air Jordans that may drive some to violence.

Woods' mother said she was able to contact Nike after her sons death but characterized it as more of a courtesy than anything else.