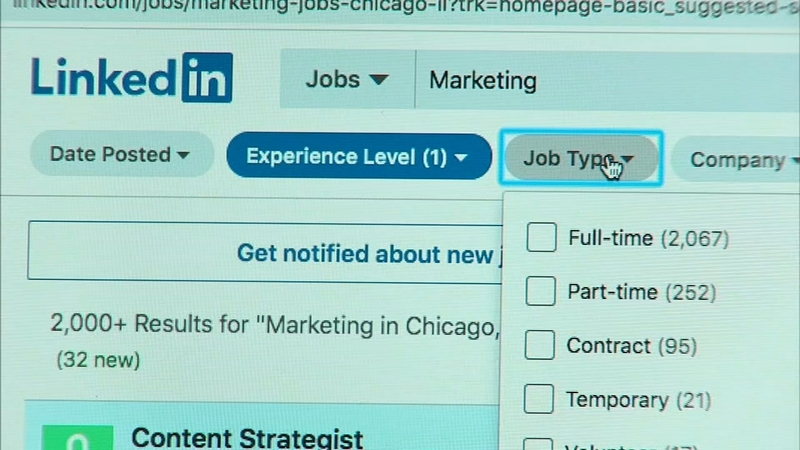 Recently unemployed? 5 ways to plan for your next job

The impact on the coronavirus pandemic continues to send shock waves through the economy.

Yet during this crisis, some companies are hiring to fill the demands of the new normal.

Walmart: The nation's largest retailer is looking to hire an additional 50,000 employees to help the company deal with increased demand. The company announced plans last month to hire 150,000 U.S. hourly workers. The company says the new workers will be hired for a range of positions, such as cashiers, stockers and personal shoppers for its stores and clubs, fillers and pickers at distribution centers and fulfillment centers and drivers for its fleet. The jobs are temporary, but many will become permanent, said spokesman Dan Bartlett.

Whole Foods Market: On March 26, Whole Foods Market announced it is hiring for more than 5,000 seasonal and full-time positions. The company said its offering a starting hourly base rate of $15/hour with enhanced pay opportunities available until May 3, 2020, as well as flexible shifts and an expedited hiring process.

CVS: On March 23, CVS announced that it plans to immediately fill 50,000 full-time, part-time and temporary roles in locations around the United States. The company says it will use virtual job fairs and interviews to hire store associates, home delivery drivers, distribution center employees and customer service representatives.

"We are proud to serve as one of America's essential retailers, and we believe our customers are relying on us now more than ever to provide an affordable, convenient retail option," said Kathy Reardon, Dollar General's senior vice president and chief people officer, in a written statement. "The Dollar General family continues to do its part in helping our customers and neighbors during these unprecedented times. We invite individuals looking to start or grow a career, as well as for those whose job may be temporarily impacted by COVID-19, to apply for opportunities to help further our mission of serving others."

Papa John's: The pizza chain says it is immediately hiring 20,000 team members as it works to deliver meals and offer carryout during stay-at-home orders in several states around the country.

Lowe's: The company will be hiring 30,000 positions that will be a mix of full-time, part-time, overnight and seasonal roles. The jobs are available for displaced workers and those who are seeking short-term opportunities. The home improvement retailer is also offering special one-time bonuses of $300 for full-time workers and $150 for part-time workers.

Amazon: Amazon is hiring 100,000 people across the U.S. to fulfill orders. The online retailer said it will also temporarily raise pay by $2 an hour through the end of April for hourly employees. That includes workers at its warehouses, delivery centers and Whole Foods grocery stores, all of whom make at least $15 an hour.

Walmart also said that it will be giving special bonuses to its hourly employees to reward them for their work in serving customers who are stockpiling toilet paper and other basics. Part-time workers will receive $150 while full-time workers will receive $300 provided they started March 1. The bonuses will be paid out on April 2. It will also move up quarterly bonuses for workers.

RELATED: Lawmakers to discuss proposing $1,200 per person, $2,400 for couples under US coronavirus relief plan

Domino's: Domino's Pizza said it is hiring about 10,000 workers in the U.S. to meet rising demand for delivery and carryout. Domino's put out the call for delivery drivers, pizza makers, managers and truck drivers. Domino's U.S. stores remain open for carryout and it is also offering contact-less delivery.

Instacart: The grocery delivery service is looking to add 300,000 gig workers to its platform over the next three months, more than doubling the number of people it has picking and delivering groceries for customers. Instacart said it will focus on bringing on more personal shoppers in 10 states where demand is the highest: California, Florida, Georgia, Illinois, New Jersey, New York, Ohio, Pennsylvania, Texas and Virginia.

Blue Apron: The meal-kit service said it has seen a sharp increase in consumer demand over the last week and is increasing its capacity to fill those orders. It said it's hiring workers for temporary and permanent positions in New Jersey and California.