Mel D. Cole's photograph of Capitol rioters was among the few selected for NatGeo's 'Year in Pictures' issue.
KTRK WASHINGTON -- Photojournalist Mel D. Cole had described Jan. 6, 2021, as "the most terrifying day" ever.

One of his images, capturing pro-Trump rioters in a shoving melee outside of the U.S. Capitol, was among the few selected for National Geographic's "Year in Pictures" issue, said Whitney Johnson, Director of Visuals and Immersive Experiences for the magazine. 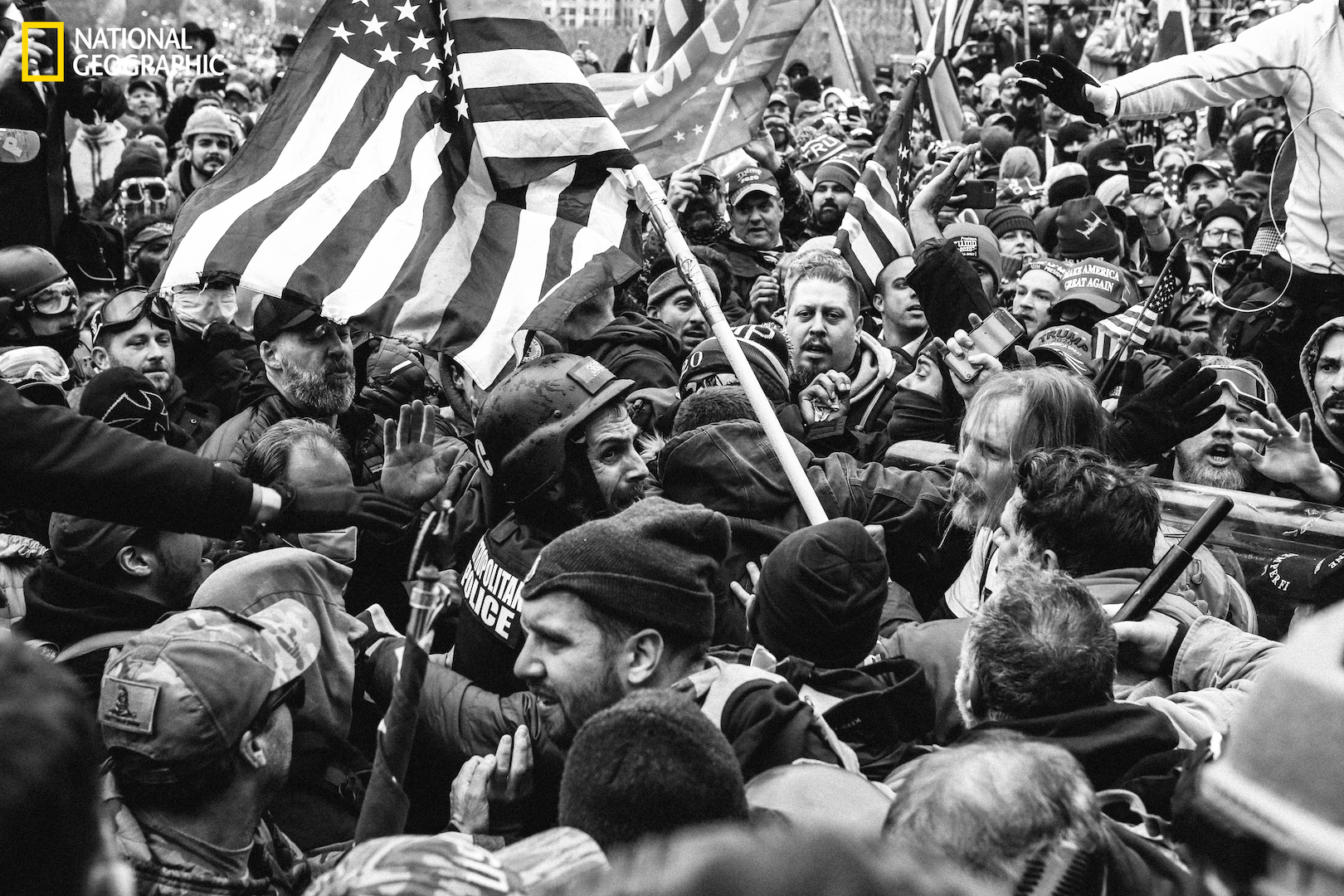 Police officer Michael Fanone struggles against Trump supporters after they dragged him down the steps of the U.S. Capitol.

Cole made his career as a music photographer but recently ventured into photojournalism, covering protests across the country following George Floyd's 2020 murder.

The U.S. Capitol insurrection on Jan. 6, 2021, has been described as the worst attack on American democracy since the Civil War.

"He's seen a lot in the last year and a half, but he said that that day was absolutely the craziest and most terrifying day for him ever," Johnson said.

"For him to be a Black photographer in a sea of white faces, he felt really afraid," she continued. "He said he saw that this was the new American Dream unfolding in front of him."

Cole's photograph shows rioters surrounding Metropolitan Police Officer Michael Fanone, who later testified before Congress that he was "grabbed, beaten, Tased, all while being called a traitor to my country" during the insurrection.

A year after the Jan. 6 insurrection, some of the lawmakers who were trapped in the upper House balcony that day are still recovering from lingering trauma.

Johnson said it captured the chaos, violence and tension that felt so present for all Americans. And seeing the dozens of faces in frame, "you can't run away from the fact that these were people doing this action," she said.

"Maybe it hits home more. For us, I think it was just the mass of people that we saw, more than them as individuals ... and then there's a lot of details that you can see just in terms of what people are wearing, what insignias are on their hats, and really the anger and violence that I think is on the expression of so many people in that frame," she said.