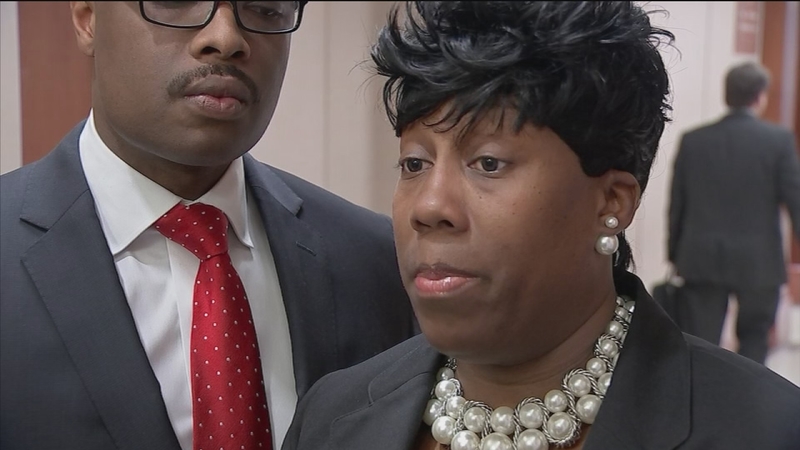 Detention Officer Sergeants Ricky D. Pickens-Wilson and John Figaroa both face felony charges of tampering with a government document. Prosecutors accuse the jail guards of signing off on cell checks that inmate Terry Goodwin was in good condition, even while he was languishing in a cell amid heaps of trash, swarms of bugs, and piles of his own feces.

The hearing in a Harris County courtroom was emotional, with prosecutors showing Goodwin's mother, Mashell Lambert photos conditions her son and his cell were in when he was discovered by a jail compliance team in October 2013.

One photo showed Goodwin in a tattered jail uniform. Another showed swarms of bugs crawling and flying around piles of styrofoam food containers. Yet another showed torn lengths of her son's jail uniform hanging from the cell's ceiling light.

It was the first time she has seen those photos since Ted Oberg Investigates showed them to her before airing the first report on her son in September 2014.