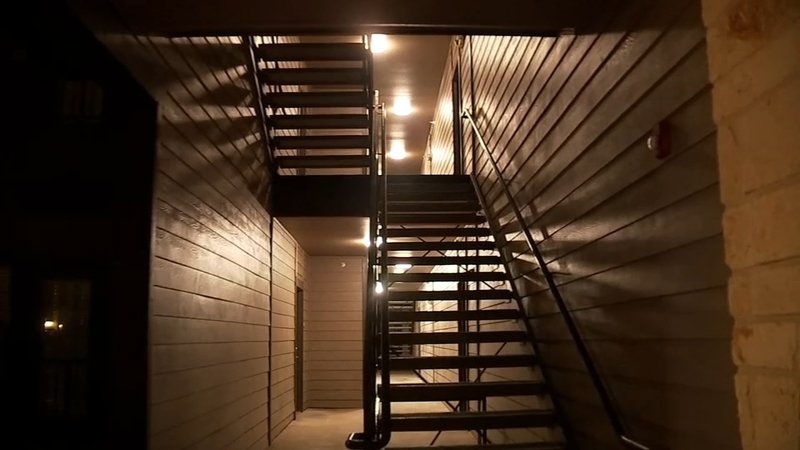 HUMBLE, Texas (KTRK) -- A man accused of stabbing a woman to death in front of her children over the weekend is in custody.

Dannetrica Green was in her mid-30s and had two daughters.

According to Harris County Precinct 4 investigators, she had previously dated the man accused of murdering her. Green reported his abuse to police the weekend before he stabbed her to death at the Willowbend Apartment Homes in Humble, authorities said.

Charging documents show Guillard got inside Green's apartment and was waiting for her inside the master bedroom closet. Her best friend told investigators that they got back around 2 a.m. Saturday and that's when the attack began.

Thornton also said that she's praying for the family, "I saw the girls (Monday). They looked like they were so sad. They came by (Monday) to actually get the stuff out the house."

Charging documents show the girls and the victim's best friend witnessed the attack and tried to stop it. They got away without any injuries.