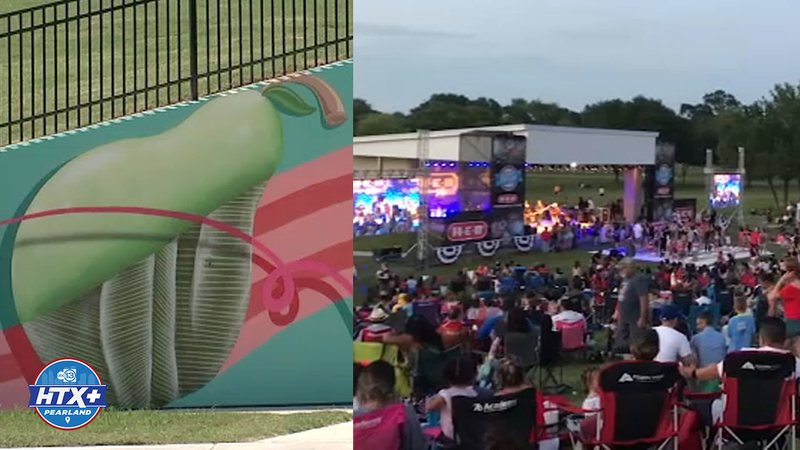 To celebrate the newly renovated park, the city hosted its Celebration of Freedom event with music and fireworks.

"Some of the enhancements you've seen here are a performance stage, which we'd like to think rivals everyone, if not, succeeds it in this area, built in collaboration with local acoustical artists and local performers in mind," said Dr. Christopher Orlea, Pearland's director of parks and recreation.

The playground used to have enough space for roughly 75 kids. With the improvements and updates, the area can now hold roughly 200.

The basketball court was resurfaced as well for those wanting shoot hoops under the covered area.

Everyone that worked on the project is very proud of what was accomplished, according to Orlea.

"This really is a tribute to what Pearland is becoming and has been," he said. "And what a better year than our 125th anniversary of this great city to open such a spectacle."

You can get a look of the improvements through the Pearland city website.