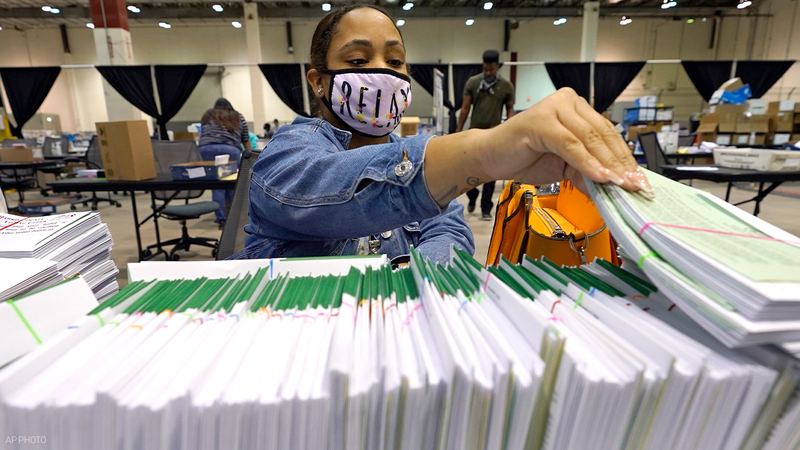 Why we're not using old 'precincts in' method of reporting votes

Many major news organizations, including ABC13, are using an updated method of tracking the vote count on election night.

For years, organizations relied on a count of precincts reporting. A precinct is a voting district in a town, city or county. Each precinct has a single polling place where voters cast ballots. Some precincts might contain thousands of voters, while others may have only a handful. Harris County alone has more than 800 voting precincts.

In some states, tracking the percent of precincts reporting on election night is a reliable way to estimate how much of the vote has been tallied across the state.

READ ALSO: When will we know the winner of the 2020 presidential election? These are the 3 likely scenarios

But as more people vote before Election Day, either in-person or by mail, reporting by precinct has become less reliable as a measure of the progress of the vote count in many states. That's certainly true in Harris County.

That's because counties in some states don't include these advanced votes when reporting precinct results. Instead, they released the results of advance votes separately.

For example, some states and counties report all the advanced ballots and assign them to a single precinct or no precinct at all, instead of the individual precincts where voters live.

Also, there could still be votes left to count, even after the precincts reporting reaches 100%.

These may be votes cast by mail that have not yet been counted or provisional ballots that voters must cast if they forget their identification or they aren't on the voter list at their neighborhood precinct.

READ ALSO: What's driving Texas voters to the polls? Part of it is concern

Most major news organizations, including ABC News, the Associated Press and ABC13 instead are using a calculation the AP calls "estimated expected vote percentage."

This tally is a unique calculation based on prior voting trends, research, exit polling and early voting information to estimate the total amount of votes that will be cast in the election. Instead of precincts, which doesn't give you a linear path to the total amount of vote cast, EEVP will better help you understand how much of the vote has actually been counted.