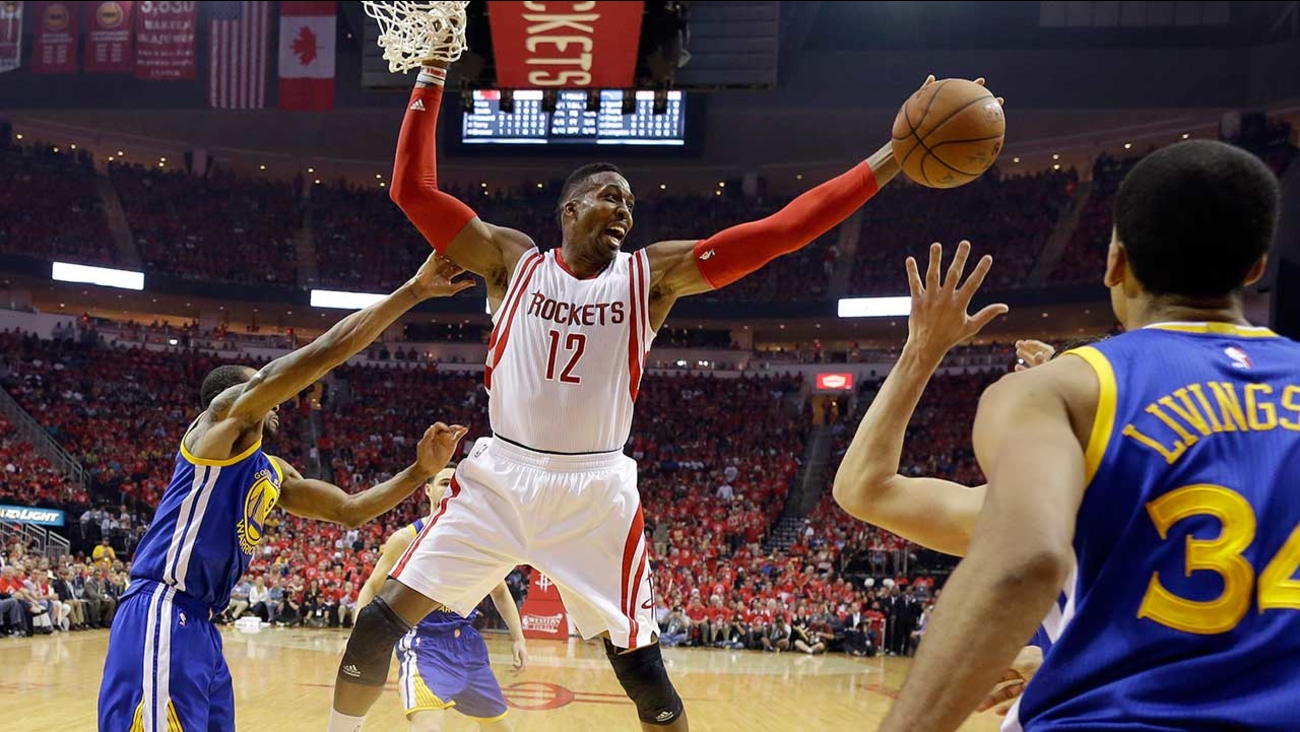 HOUSTON (KTRK) -- Led by a playoff career high 45 points from James Harden, the Rockets staved off elimination with a 128-115 win over Golden State Monday night. Harden hit 13 of 22 shots, including 7 threes to go with 9 rebounds.

After an embarrassing loss on Saturday night, the Rockets roared out of the gates with 45 points in the first quarter. That total tied the all-time NBA playoff record for points in an opening quarter. Josh Smith led the early charge with a quick 13 points on the way to a 45-22 lead after 12 minutes. Smith finished with 20 points and Trevor Ariza added 17.

But Harden was the unquestioned star. He bounced back from a 3 for 16 shooting performance in Saturday's blowout loss with a remarkable effort. Rockets coach Kevin McHale said, "When you have a tough game you're not very happy with everything. He was extremely unhappy yesterday. That's what you've got to do. You've got to take it out on them. He went out and played a hell of a game."

McHale was asked why his team seems to save their best until they face elimination. "I have no idea," he said with a wry smile. "I wish we were better when things were better."

Golden State's Steph Curry returned after falling directly on his head and shoulder in the second quarter. Curry tumbled over Trevor Ariza after trying to block his shot. The NBA MVP lay motionless on the court while trainers talked with him. Curry said he was disappointed in the loss but he added, "All in all thankful that I came out of that and was able to give my team something. I felt like I was in the air for a long time."

Curry said he passed the NBA's concussion protocol before returning. He finished the game with 23 points.

The series now heads back to Oakland for game 5 Thursday night. Golden State leads the series 3-1.