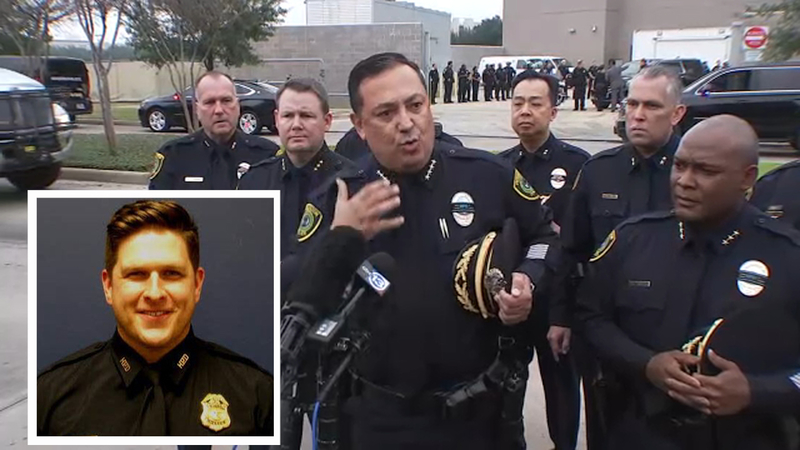 Brewster was shot while responding to a domestic disturbance call on Houston's east side Saturday evening. He served HPD for nine years, including patrol divisions and the gang and major offenders divisions, according to HPD.

Houston Police Chief Art Acevedo spoke at the procession, urging lawmakers to act upon the Violence Against Women Act.

"Choose sides. It is right and wrong and it is not that complicated," Acevedo demanded.

He argues that shootings like that of Sgt. Brewster can be avoided if lawmakers make it so those convicted and allowed civil redress in domestic violence cases prosecutors chose to leave un-prosecuted are legally unable to obtain a gun.

"The NRA doesn't like the fact that we want to take firearms out of the hands of boyfriends that abuse their girlfriends," Acevedo said. "And who killed our sergeant? A boyfriend abusing his girlfriend. So you're either here for women, and children, and our daughters, and our sisters and our aunts, or you're here for the NRA."

Brewster was shot and killed, allegedly by Arturo Solis, who has a lengthy criminal history including a charge of assault causing bodily injury.

"His mom, his father, his sisters, his friends, and ultimately the community he laid down his life for will be putting him to rest before Christmas because of the cowardice of the political people we have in office," Acevedo claimed.

Watch the video above to see Acevedo's full statement at the procession.