Rapper OMB Bloodbath arrested on gang charges while in court 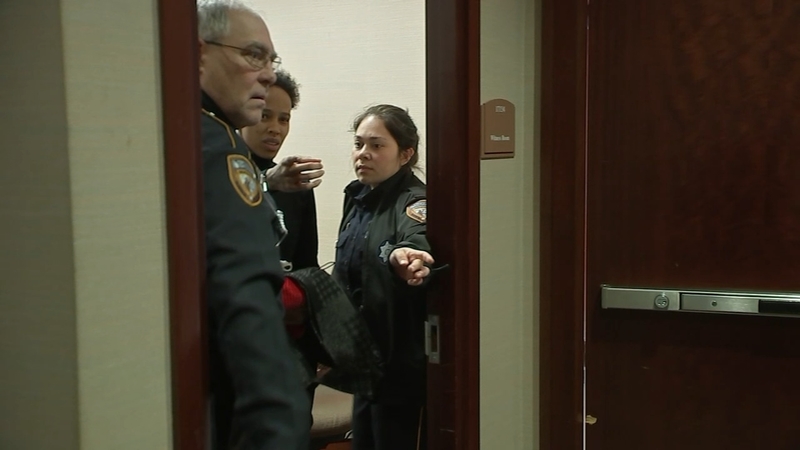 HOUSTON, Texas (KTRK) -- A Houston rapper has been arrested on charges related to leading a street gang.

Nicks is believed to be part of the 100% Third Ward and "103" street gangs, according to charging documents.

In October 2017, Houston police released video showing four armed murder suspects toting rifles while trying to carjack a minivan. While it wasn't immediately clear if Nicks had a direct role in the incident, charging documents state she financed, directed, and supervised the "commission of the offenses Murder, Aggravated Assault, and Aggravated Robbery, by members of said criminal street gang."

RELATED: 3 suspects on the run after street corner murder and carjacking

Video shows the suspects ditching a wrecked car moments before trying to steal the vehicle.

According to Houston police, the carjacking took place in the area of London Street near Cullen. Police said the suspects are linked to an earlier shooting nearby that killed 53-year-old Sam Johnson and injured 22-year-old Walter Fields.

Nicks was convicted in 2013 for burglary of a habitation, according to court records.