20 years ago, Houston lost the Oilers, a franchise that frankly never left 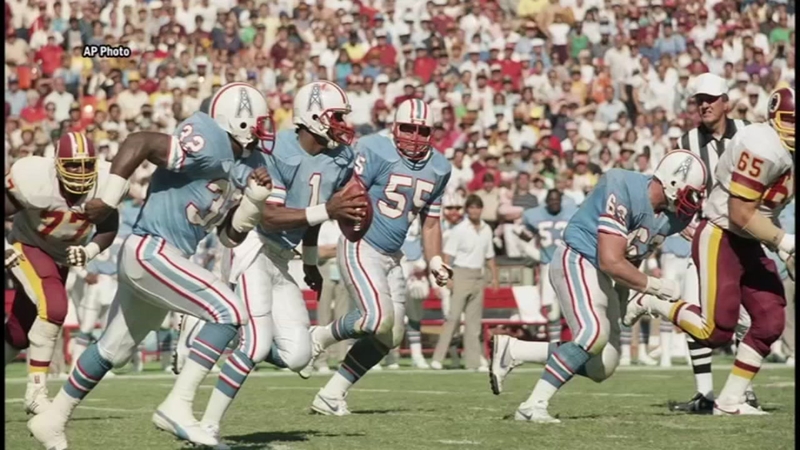 HOUSTON, Texas (KTRK) -- As much as lifelong Houstonians committed to "Luv Ya Blue" in the latter part of the 20th century, this year marked two decades since Bud Adams took the Oilers from the Bayou City.

While this move didn't sting as much as Art Modell's Browns to Baltimore, or Al Davis' Raiders flip-flopping of California latitudes, the Oilers' move in 1997 could only be described as a "slow burn."

By the time 1995 came around, the Oilers came off of a league-worst record and a full on rebuild. By that time, there were assistant coaches fighting each other on the sideline, no way the Houston market could watch home games due to sell-out requirements, and, worst of all, overall lost interest.

It surely didn't help that Adams dipped his toe during that time in relocation. As we all know, the Oilers took residence in the Volunteer State where, as eloquently stated in the 1998 movie "Baseketball," there is no oil.

Fast forward two years after the move and the once-Houston Oilers-now-Tennessee Titans are pulling off miracle last-play kickoff returns and, in the same season, making it to the Super Bowl.

Sure, the Houston Oilers won the first two AFL championships when that league existed before the 1970 merger. But, admit it, Houston football fans, seeing this franchise come within a yard of a possible title stung a little bit.

Of course, thanks to serendipity, timing and a well-planned group of businessmen, the same city that lost "Luv Ya Blue" gained a new culture in the Texans. And, as much as this new Houston franchise desired to separate itself from the Titans, the old Oilers soon became yearly bedfellows with this new team, both competing in the AFC South after 2002.

This weekend marks the 31st ever regular season matchup between the Texans and the Titans. While Texans fans have mostly weaned Oilers culture out of their system, it could be a little therapeutic to recognize the move 20 years ago that paved the way for our scrappy team.

Besides, look at the successes between both teams since the Texans came into the league.

On the flipside, Houston is a little behind in some aspects.

Wins against each other
Texans: 14
Titans: 16

If anything, thanks to the stat below, advantage: Texans.