'I'm not safe anymore': Woman who was carjacked and pistol-whipped by 2 men describes incident 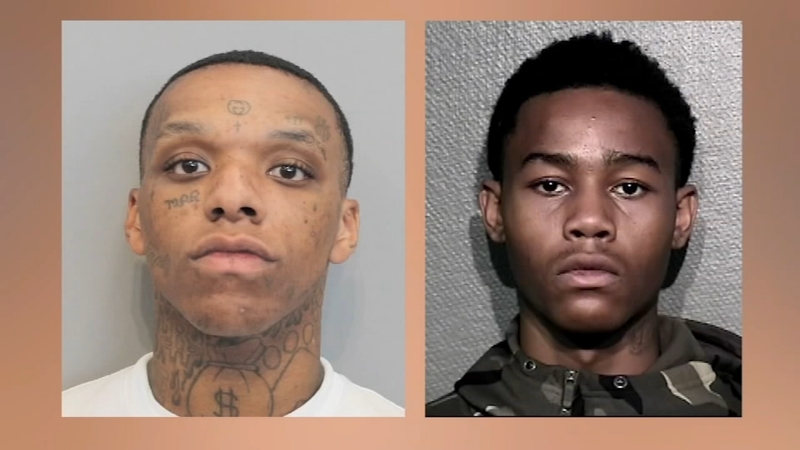 Woman who was carjacked speaks out

HOUSTON, Texas (KTRK) -- A woman who says she was carjacked and pistol-whipped by two men is speaking speaking out.

Manuela Mora, a single mother of six, says she now lives in fear.

She told ABC13 Eyewitness News that the two men, one who was out on bond for capital murder, were talking about shooting her during the carjacking.

Harris was out on bond on the capital murder charge dating back to 2017, while Davis has prior robbery convictions.

The district attorney's office asked the judge for no bond for Harris, but he was granted a $100,000 bond.

"The matter at that time appeared to the prosecutors in the court that, that would be the best we were able to get under the circumstances," said Harris County District Attorney's First Assistant, David Mitcham.

Harris posted bond on the murder charge in November 2018.

Shortly after, Harris violated his probation by assaulting a public servant, but only served a few weeks in jail before making parole. The judge then forfeited his bond for the murder charge, but later reinstated it.

While out on bond, Harris allegedly carjacked Mora.

"A murder suspect charged with capital murder on a low bond, easy to get out. It puts everybody at risk," Houston Police Department Chief Art Acevedo said.

Ultimately, the district attorney's office says it's up to the judges to set bond.

"This is not bail reform. This is bail abuse," said Mitcham.

Eyewitness News reached out to the judge, Robert Johnson. He has yet to return our calls.

As for Mora, she's working to heal from the physical and emotional wounds.

"They let them, they let them be free," Mora said. "It's hard, it's hard to start thinking (about) everything again, it's painful."