From the couch to 5K: A man's inspirational story after bypass surgery 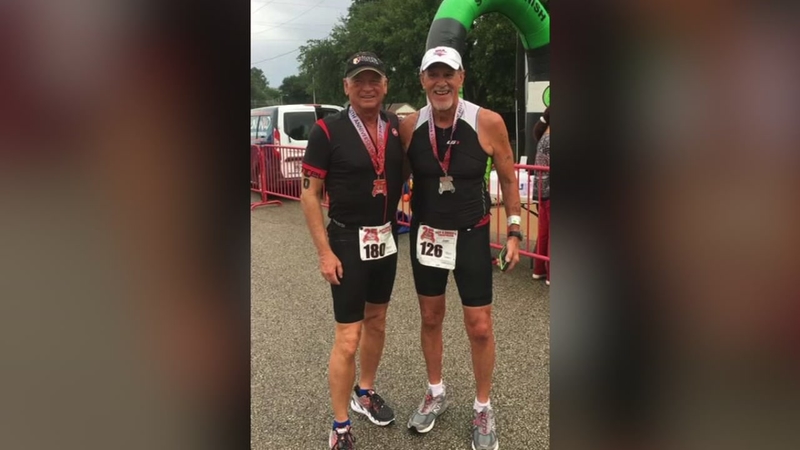 Patient runs with heart surgeon who saved his life

HOUSTON, Texas (KTRK) -- A Houston man is proving age and medical conditions can't stop you from doing what you love.

Joe Rivera, 77, has been running marathons and triathlons for decades. At his age, he still has a fire in his heart to run.

Rivera said 17 years ago, it was his heart that stopped him mid-stride.

"On my first day that I was going to start training for a triathlon, I went out for a 5-mile run and I felt a pain in my back," said Rivera.

The pain was serious. Rivera had four arteries in his heart that were blocked. He went into surgery almost immediately. And on the other side, he made a picture perfect recovery, thanks to Dr. Donald Gibson, a cardiothoracic surgeon affiliated with Memorial Hermann Memorial City Medical Center.

"The surgery tends to get your attention," said Gibson. "We see patients have an epiphany after the surgery."

Since his surgery, Rivera has pushed his limits. He kept running, and he kept winning. He showed us a collection of medals that he has stashed away. Several months ago he was at yet another race. He spotted someone who looked familiar.
"I will never forget that face," said Rivera. "I said to him, 'Can I ask you. You look familiar. What do you do for a living?' He said I'm a surgeon."

It was Dr. Gibson who operated on Rivera 17 years ago.

"To really see the guy that was inside your chest and saved your life, it's a special moment you know," said Rivera.

The patient and doctor have now become friends, after all of these years. They now run races together.

"This is why we do what we do. When you see patients whose lives have been impacted, and they have led a very long and for fulfilling life after you've operated on them, that's all we can ask for, to have that kind of reward," said Gibson.

RELATED: How to get off the couch and running in 10 weeks