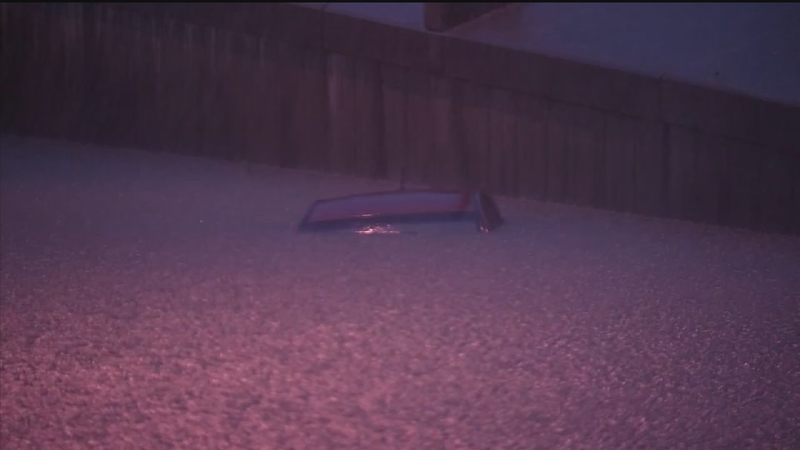 HOUSTON (KTRK) -- Nearly 100 city-owned vehicles were damaged or destroyed in the massive Memorial Day flooding that swept through the region, including police squad cars, ambulances and ladder trucks, records obtained by ABC-13 show.

As many as 16 of those vehicles, including city-owned Priuses, were flooded when a City Hall annex parking garage worker did not deploy a flood gate that would have prevented waters from pouring into that underground parking structure, officials said.

"We knew it was raining, we know it was flooding and you have to be proactive," said Houston City Councilman Michael Kubosh. "You have to err on the side of caution. You have to close the gate."

Kubosh said those vehicles, as well as others, should never have been damaged in the floods.

"We've got to be a good steward of taxpayer money," he said, "When you know it's flooding. move the police cars that are not in service. There should be a protocol to move those to higher ground."

City officials concede that the flood gates in the City Hall annex parking garage -- operated by Houston First, the city's arts and convention center arm -- should have been deployed.

"They made a judgment call and made the wrong judgment call," Mayor Annise Parker said at a City Council meeting just after the flood.

The public was abuzz Monday about more flooding.

The National Hurricane Center is watching a system in the Gulf that may develop into a tropical depression or storm. That weather system, and the torrential rainfall that comes with it, will hit somewhere near the middle or upper Texas coast and cause more Houston flooding, according to forecasters.

And on Monday Parker told ABC-13: "The flood gates are definitely going up this time."

She also said many of the police cruisers were damaged during rescues or flooded while blocking dangerous underpasses; those are now back on the street as this week's swirl of storms head for Houston.

Among the flooded or damaged vehicles:

Kubosh said he's watching as a new wave of flooding is expected and said he hopes this amount of damage will not happen again.

"I don't know who has the keys to all those vehicles," he said. "We have to pay attention. We have go to do better next time."

Certainly the city is in a better position for the looming storm. The last flooding began on a holiday -- and took many by surprise. Parker, along with county officials, began preparing for this latest round of flooding Monday morning.

And, Parker said, it's likely some emergency vehicles will be damaged no matter how much preparation.

"Our goal is to keep people safe, to save lives," Parker said. "So if we put a few vehicles in harm's way, that's part of what they're there for."