Thousands of guns stolen from cars are falling into the hands of criminals, HPD data shows 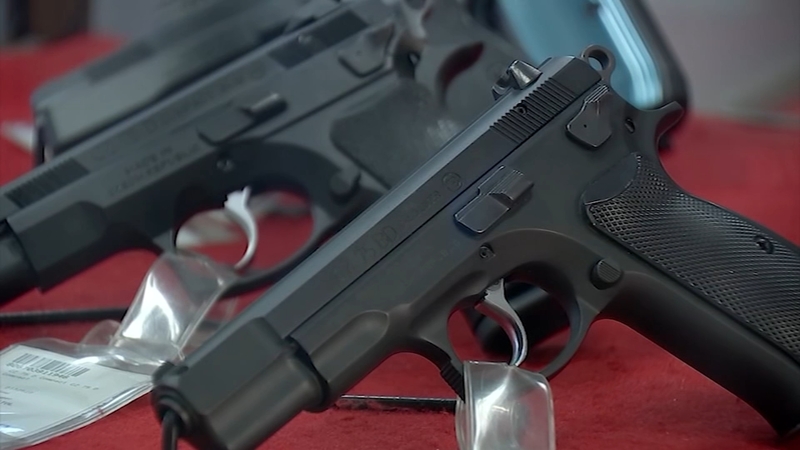 HOUSTON, Texas (KTRK) -- Thousands of guns are being stolen from vehicles every year in Houston - putting them into the hands of criminals, who use the weapons to commit violent crimes.

ABC13 obtained new statistics from the Houston Police Department, which reveal there were 2,604 reports of guns being stolen from vehicles in 2021. That is an increase compared to 2,368 stolen gun reports in 2020.

"Every one of those guns stolen from a car is ending up in a criminal's hands," said Fred Milanowski, a special agent in charge of Houston Field Division for the Bureau of Alcohol, Tobacco, Firearms, and Explosives.

According to Milanowski, stolen guns have a direct impact on the crime and homicide rate, which continues to climb in Houston.

"We know that from our investigations and from our debriefing of criminals," Milanowski said. "There are some criminals we interviewed that said all they do all night long is break into cars and get all the guns they want."

Guns taken from vehicles are something we have been reporting for years.

Back in 2017, ABC13 Investigates sent surveys to every convicted killer in Harris County who used a gun to murder someone since 2014. The majority of them said they used stolen guns.

SEE ALSO: Answers from inside Texas prisons to help get crime guns off Houston streets

As a federal agency, Milanowski said one of the main priorities is tracking down stolen firearms from gun stores.

"In Houston, last year, there were 21 burglaries from gun stores and about 221 guns stolen," Milanowski said.

Based on the updated statistics from the Houston Police Department, this means criminals are stealing guns out of cars over 10 times more than gun stores. To keep thousands of guns off the streets, Doug Griffith, president of the Houston Police Union, said gun owners should practice gun safety.

"Carry your weapon in with you at night and lock your doors," Griffith said.

Vehicles that have labels or stickers identifying a gun organization or manufacturer could also be a target for thieves. Milanowski said gun owners should take a picture of the make, model and serial number in case their firearms do get stolen.

"With constitutional carry, people will have more guns and carry those guns in the cars," Milanowski said. "We talk a lot about Second Amendment rights in Texas, absolutely have the right to possess firearms, but there's also a responsibility that goes with that right."