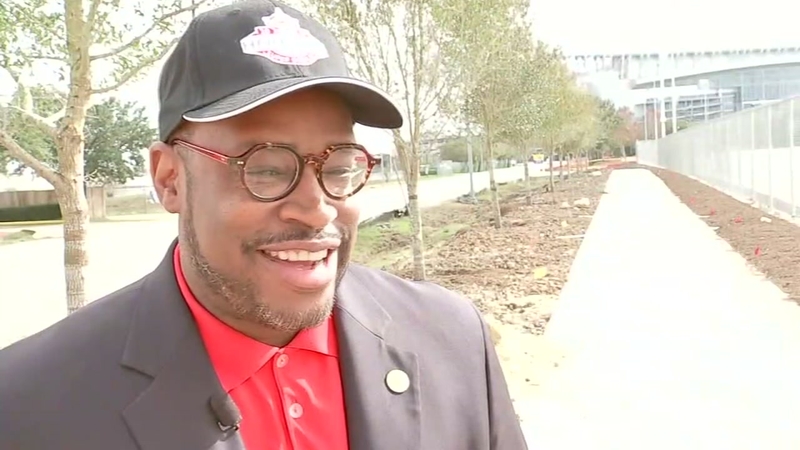 HOUSTON, Texas (KTRK) -- Autopsy results have determined that Houston city council member Larry Green's death was an accident. Tests showed he had a combined toxicity of chloroethane and methamphetamine.

Green was found dead in his home on Tuesday, March 6. He was 52 years old.

Houston police said a missed meeting led them to perform a welfare check at Green's home. According to police, the city leader was found in bed and there were no obvious signs of foul play.

Council member Michael Kubosh said the cause of death does not take away from the legacy Green leaves.

"We as council members will remember him in a good light. I don't think any of this will tarnish his reputation among all of us," said Houston City Council Member Michael Kubosh.

Chloroethane (ethyl chloride) is an organic solvent that is found in aerosol (spray can) preparations. It has been used as a solvent, refrigerant, local anesthetic and in the manufacture of various other chemical compounds. It is sold in spray cans as a "cleaning solvent" under the trade names Black Max or Maximum Impact; these sprays are often inhaled because the vapor causes a sense of drunkenness and relaxation. At higher concentrations, inhalation can be fatal. There is no safe "dose" of chloroethane, and no way to predict how much inhalant has been taken in during a "use."

Dr. Spencer Greene, the director of medical toxicology for Baylor College of Medicine says while methamphetamine is an upper, chloroethane can have the opposite effect.

"It's a volatile substance of abuse and people can huff it or sniff it to get a rush, not unlike getting drunk," said Dr. Spencer Greene, Baylor College of Medicine.

When they're combined Dr. Greene says that can be especially toxic.

"One of the things that can happen when you abuse chloroethane, it can sort of sensitize your heart to having abnormal rhythms. If that heart is subsequently exposed to some sort of stimulate, it can cause a fatal abnormal rhythm."

Kubosh was shocked by the news. He said if Green did use drugs, he was not aware of it.

"I never sensed it. I never picked up on it. In fact, if someone told me I wouldn't have believed it," said Kubosh. "The fact that it happened the way it happened is a tragedy. We've lost a good council member and it should send a message to everybody in the community, that nobody is really above doing things that could really end in a tragic way," said Kubosh.

Green's family released a statement through the family spokesperson:

"We have just been made aware of the Harris County Medical Examiner's Office autopsy results. Our family is still in shock and grief over Larry's death. While learning the information we have about the circumstances of his passing is painful, it does not change the fact that Larry was a wonderful, caring person and a dedicated public servant for the people of Houston. Our family is grateful for the outpouring of love and support we have received, and we ask for privacy during this difficult time."

Houston Police Department issued the following statement: "HPD has received the ME's report regarding the death of Councilmember Green. Although our investigation is not complete, to date, we have no indication of foul play. Our hearts go out to the Green family and we hope to conclude our investigation in the very near future."

Mayor Turner says the election, which must be held within 120 days of the seat being vacated, will be conducted May 5 for the District K city council seat.

On Friday, the mayor issued a statement:

"Larry Green served honorably as a Houston city councilman. He fought to improve the community and open the doors of opportunity for people who shared his vision for equality, economic opportunity and safe neighborhoods.

"The autopsy results do not diminish the great work he did for the people of District K. However, it does remind us that our actions have consequences.

"I hope everyone will continue to celebrate his life instead of focusing on his death. I was not aware of any substance abuse issues Councilman Green may have struggled with in his personal life. At city hall, he was a leader and focused on serving his district.
"His death reminds us of the importance of checking on our loved ones, friends and colleagues.

"Councilman Green was a dedicated public servant who promoted economic development, planted trees, supported art and increased the number of projects throughout his district.
"That is how I will choose to remember him. More than anything, I ask people to continue to pray for his family, who must deal with his death every single day."

Green was the council member in the newly formed district "K," which serves from the edge of the Texas Medical Center to the portion of Houston within Fort Bend County.
Green was sworn into office in January of 2012.

During his first term as a Houston city council member, Green brought more than $20 million worth of economic development projects to his district, which includes the Houston police station and street construction and repair.

Green earned his BA in political science from the University of Houston and a doctorate of Jurisprudence from the Thurgood Marshall School of Law at Texas Southern University.