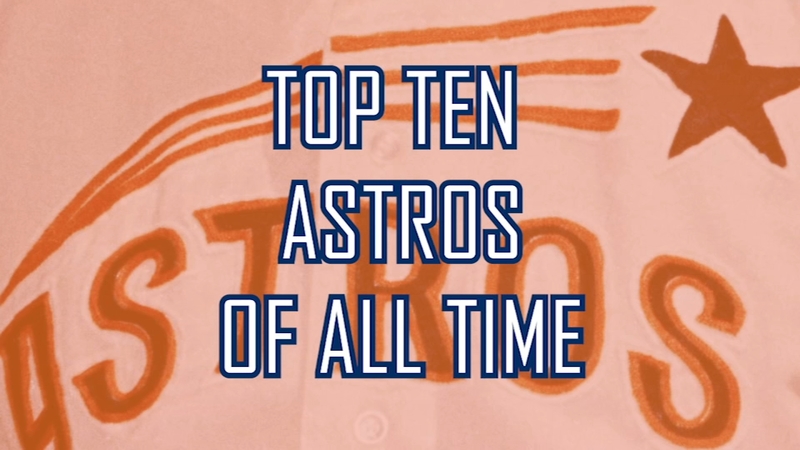 Here are the top ten Astros of all time

HOUSTON, Texas -- Putting together a list of all-time franchise greats is never easy. Someone always gets left off. But in the 58-year history of the Houston Astros, there really has not been a lot of stars. They went 36 years before winning 100 games. But there are still plenty of quality players to choose from.

For the purposes of this list, players have to have had at least three full seasons with the Astros. Obviously, any such list is subjective, but on the eve of only the third World Series in franchise history, let's honor the best of the best:

10. George Springer
You could make a case for a lot of long-time Astros in this spot. Jimmy Wynn. Jose Cruz. Joe Niekro. But Springer was one of the key elements to the Astros' rise from insignificance to a two-time World Series participant. There are others with better overall numbers, but none of them have a World Series MVP next to their name. The magical 2017 title never happens without him, and he still has time to move way up on this list.