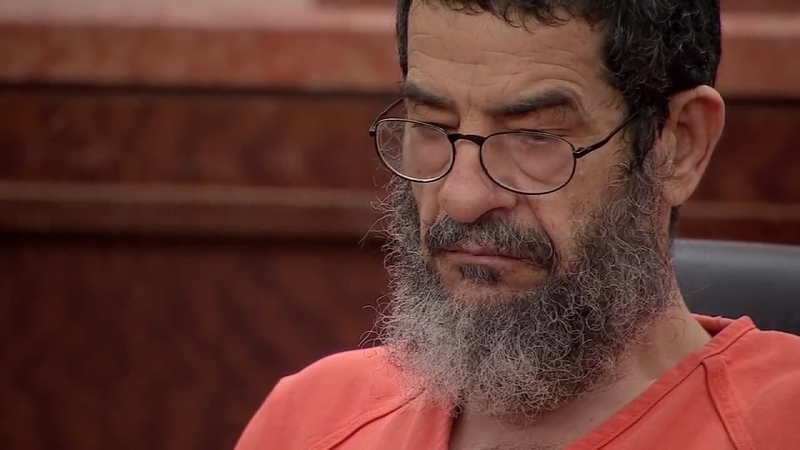 HOUSTON, Texas (KTRK) -- A jury has sentenced Ali Irsan to death for the so-called honor killings of his son-in-law and his daughter's close friend.

On July 26, jurors took just 35 minutes to find Irsan guilty of killing Coty Beavers, who was married to his daughter, and Gelareh Bagherzadeh, his daughter's close friend in 2012.

According to prosecutors, Irsan believed that Beavers and Bagherzadeh were responsible for his daughter converting to Christianity.
EMBED More News Videos

"There are some people in this world that are inherently dangerous and always will be," prosecutors said to the jury Monday morning during closing arguments. "Ali Irsan is one of those people."

Prosecutors also showed gruesome crime scene photos of another son-in-law who they say Irsan killed years earlier and got away with by claiming self-defense.

"It's important that you send a message. You can't come here, and commit three murders in cold blood, in the name of honor," said prosecutors.
Timeline of Ali Irsan honor killings case
EMBED More News Videos

Defense attorneys tried to bring in elements of Irsan's Jordanian background in their plea for a life sentence. "How can you sentence a person to death if you don't understand a person's culture or background or how they were raised," defense attorneys said.

"The man's lost everything, there's no need to kill him," said the defense.

Ali Irsan is dressed in a black suit and he remained quiet during closing arguments. Family members of both victims are also in court, as they have been throughout the months-long trial.