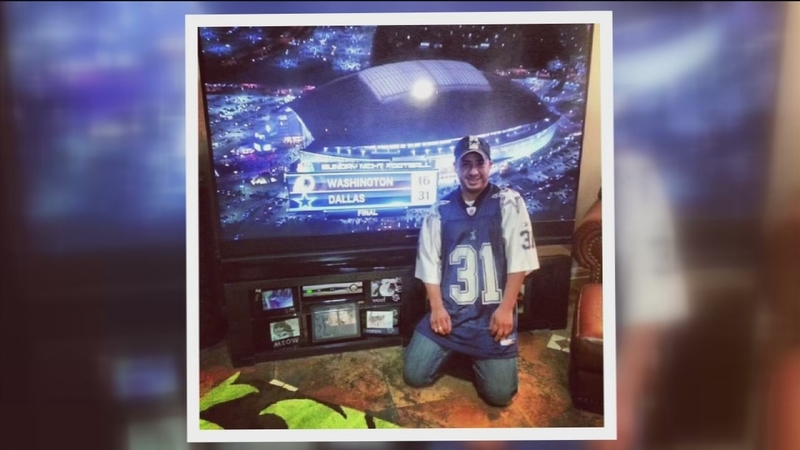 HOUSTON (KTRK) -- A Spring man may be the sixth person nationwide to die from faulty airbags.

His death has been linked to a massive recall. The connection was brought to light during an ongoing Congressional hearing on the public safety issue.

Carlos Solis, 35, was killed January 18 during an accident on Cypresswood Drive. According to the Harris County Sheriff's Office, he failed to yield the right of way when making a turn and struck another car. That night investigators classified the crash as minor. Both vehicles had minimal damage, but Solis didn't walk away. Something impaled his neck. Now federal regulators are looking into whether his airbag killed him.

A lawsuit filed this week in Harris County on behalf of Solis' small children suggests the same. It names Honda and Takata, the airbag manufacturer, and accuses them of negligence.

Faulty airbags manufactured by Takata have been blamed for five deaths so far and still the company won't issue a nationwide recall. Tests show on impact, the airbags explode with too much force sending shrapnel flying.

In a statement to Eyewitness News, Honda acknowledges the possible link and reveals Solis' vehicle was included in their own 2011 recall for the driver's frontal airbag inflator and their records indicate the repair was never completed.

Solis' brother, Eric Solis, told Eyewitness News something seemed questionable about how he died. Blunt force trauma has been listed as the preliminary cause of death. Honda, meantime, urges owners of Hondas and Acuras affected by the airbag recall to get them repaired. The company's full statement is below.

"American Honda has been informed of a possible Takata driver's airbag inflator rupture in the crash of a 2002 Honda Accord on Jan. 18, 2015 in Houston, Texas which resulted in the death of the driver. Our thoughts and deepest sympathies are with the family of the driver during this difficult time.

"Since this tragic event occurred very recently, no official cause of death has yet been determined by local authorities. American Honda has not yet been able to inspect the vehicle and airbag components in order to confirm if an inflator rupture occurred in this crash. We are currently working with representatives of the driver's family to gain the access necessary to conduct a comprehensive investigation.
Honda has communicated preliminary information collected to date about this crash to the National Highway Traffic Safety Administration (NHTSA).

The vehicle involved in this crash was included in a 2011 recall for the driver's frontal airbag inflator, and our records indicate that the recall repair was never completed."

American Honda continues to urge owners of Honda and Acura vehicles affected by the Takata airbag inflator recalls to get their vehicles repaired at authorized dealers as soon as possible. Honda and Acura owners can check their vehicles' recall status at www.recahttp://www.safercar.gov/Vehicle+Owners/vin-lookup-siteslls.honda.com or by calling their authorized dealer.